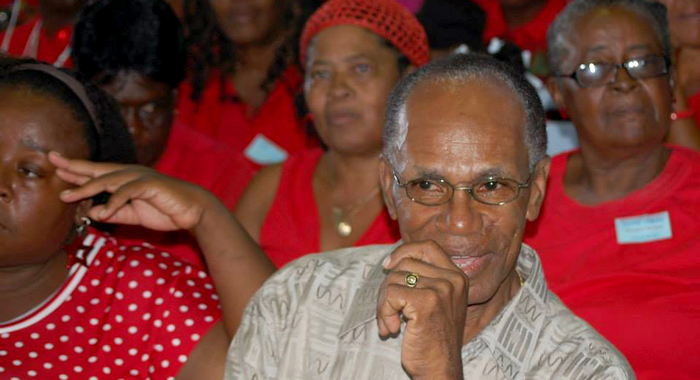 While saying on Tuesday that many women do not want to get into electoral politics because of “the nastiness” in the arena, Prime Minister Ralph Gonsalves did not reprimand pro-Unity Labour Party activist, Frank Da Silva, for calling leader of the Democratic Republican Party, Anesia Baptiste “a stupid b*tch”.

In a call to the pro-ULP Shake UP radio programme on WE FM, Star FM and Garifuna Radio on Thursday, Da Silva criticised Baptiste for her objection to some elements of the Cybercrime Bill and her free speech activism.

He also suggested that she was not as intelligent as she appears.

In a conversation on Boom FM on Tuesday, programme host, Dwight “Bing” Joseph, noted that Da Silva had referred to Baptiste as “a stupid bitch” and asked if this is an example of bullying.

“And don’t say that you did not hear Frank Da Silva,” Joseph said in apparent anticipation of Gonsalves’ oft-repeated response about offensive statements made by members of his party or its activists.

“I did not hear him. I heard of it,” Gonsalves said.

“And he went ahead and tried that as a test, as I understand it, and he himself in the programme, I’m told — I haven’t heard any of this; I can only go on what I’m told.”

Stephen Joachim, who co-hosts the programme said that what Da Silva did was not a test but was “stupid”.

“Now, the point is this. It may well be stupid, but is it criminal under–” Gonsalves said.

He was apparently going to say under the Cybercrime Bill, which was also part of Tuesday’s discussion.

Joachim said he was sent a Facebook post in which Baptiste had referred to Gonsalves as a “puny human being”.

“Stephen, Anesia would know that I’m not a puny human being,” Gonsalves said.

It was, however, pointed out to him that while his government has appointed several women ambassadors, not many seem to want to enter politics.