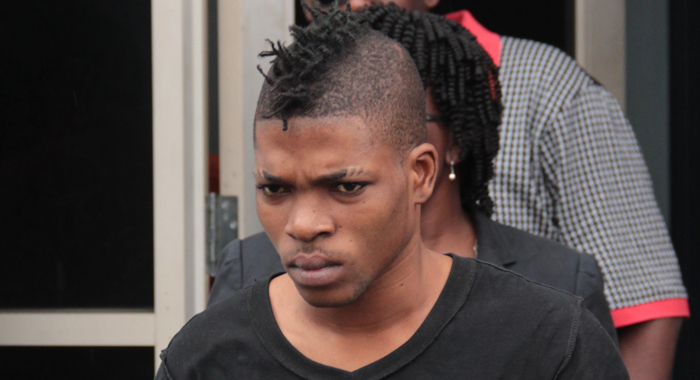 A seventh man has been charged with the July 20 murder in Vermont of Kamau Jones, 32, of Union Island.

On Thursday, Lennox Andrews, 24, of Vermont was charged with Jones’ murder.

He appeared before Magistrate Bertie Pompey at the Kingstown Magistrate’s Court but was not required to plea to the indictable charge.

Andrews was remanded in custody until Nov. 1, 2016, when a preliminary inquiry is slated to begin.

He joins six other Vermont men who have been charged with Jones’ murder.

On Aug. 2, Andres Cuffy became the sixth person to be charged with the crime.

He was charged one week after five Vermont men appeared at the Serious Offences Court in Kingstown on July 25, charged with Jones’ murder.

The men were not required to plead to the indictable charge and were remanded to prison until Nov. 1, 2016, for the commencement of a preliminary inquiry.

Police say that Jones died around 11 p.m. on July 20 after being attacked and shot several times about the body at a house in Vermont.

He also received a chop wound to the back of the head and was pronounced dead at the scene.