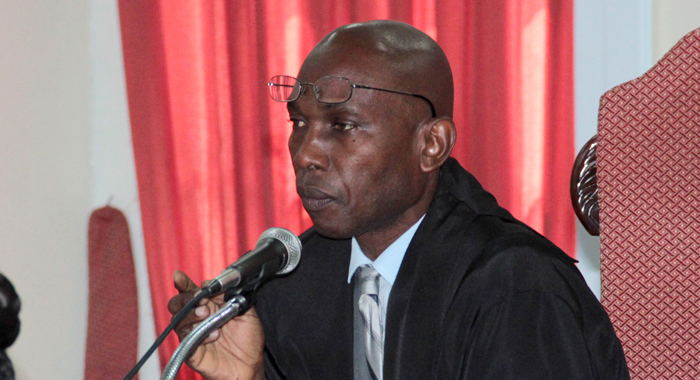 Minister of Information Camillo Gonsalves was on Friday told in Parliament that he should withdraw a statement that an opposition lawmaker was being dishonest in his comments about the report on the 2012 census.

House Speaker Jomo Thomas advised Gonsalves to withdraw the statement, adding that he also did not know that the census data was published online eight months ago and that it should be made a document of the House.

During the debate on the Cybercrime Bill, the opposition lawmaker, MP for West Kingstown, Daniel Cummings, asked why the Freedom of Information Act has not been assented to, 13 years after it was passed.

“Isn’t that important that the citizens of this country should have free access to its own information? Is that why after paying for a national census twice, as a member of this Parliament, I cannot see a copy of the census data after so many years? Is that why? Why is it so, Mr. Speaker.”

The census was first conducted in 2011, but a fire at the Financial Complex in Kingstown in October of that year destroyed the data, forcing the Government to redo the census.

Gonsalves rose on a point of order, saying that Cummings was misleading the House in his comments about the census data not being available.

“Maybe if the Honourable Members would come to Parliament to ask a question they would know. Because since I have been minister with responsibility for statistics, the census has been online for eight months,” said Gonsalves, who became Minister of Information on Dec. 29, 2015.

“So if they want to log on to gov.vc, they can read the census, instead of coming here, Mr. Speaker, and being dishonest — and I would use that word because they are aware of this fact, Mr. Speaker, and they are misleading this Honourable House to suggest that the census data is not available; because that is untrue.”

Gonsalves was apparently referring also to the opposition’s refusal to attend Parliament regularly in light of their boycott of meetings of the House as part of an on-going protest of the results of the December 2015 general elections.

Last week’s was only the second meeting of Parliament that opposition lawmakers were attending for the year.

Gonsalves said across the floor that the census data is available online.

In his ruling, the Speaker said to Gonsalves: “Honourable Member, it has been online for eight months, but you would agree that we should bring it and lay it? You would agree? It is such an important document that in the interest of transparency and best practices — but I had not known, for example, that the census had been online.”

Thomas then told Cummings to continue his contribution to the debate.

At this point, Cummings said there was nothing dishonourable in what he said and asked that Gonsalves withdraw the statement.

“There is absolutely nothing dishonest in what I said. I was being factual and categorical,” he said.

The speaker said to Gonsalves, “Honourable Member, I think you should withdraw the accusation that he is dishonest.”

Gonsalves rose and said: “On your advice, Mr. Speaker, I withdraw the statement.”

Cummings then continued with his debate.

After some minor typographical amendments were made, the Cybercrime bill was passed into law later Friday afternoon, without opposition support.