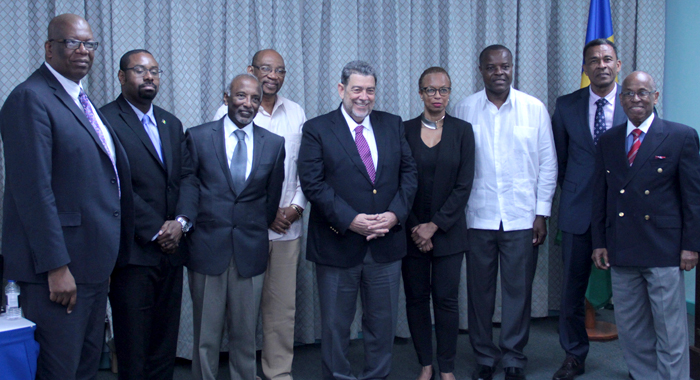 Vincentian diplomats have been told to be more focused on their duties as the nation considers establishing diplomatic presence in other capitals.

“… we are recommending to Cabinet that we increase our diplomatic presence in the United Arab Emirates, particularly in Dubai and Abu Dhabi. We need also to establish a more concrete presence in Taipei,” Minister of Foreign Affairs, Louis Straker told the National Consultation for Heads of Missions and Consulates which began in Kingstown on Monday.

“As everyone knows, no country, no single country has made a greater contribution to the development of our country as Taiwan has, and we are seriously considering to have a diplomatic presence on the ground in Taipei,” he told the event, which was also attended by diplomats assigned to Kingstown, including Taiwan’s ambassador, Baushuan Ger.

“In every sector of our economy, Taiwan has made a tremendous contribution and we thank Taiwan for what it has done,” Straker said, adding that he was not discrediting the contribution of other countries.

“… but I must single out Taiwan because of the tremendous aid it has given to us in every area of our economy,” he said.

He said Kingstown is also seeking to establish diplomatic presence in Geneva.

Straker said that Vincentian diplomats have to focus also on the U.N. Sustainable Development Goals (SDGs).

Countries last September adopted the SDGs, a set of goals to end poverty, protect the planet, and ensure prosperity for all as part of a new sustainable development agenda. Each goal has specific targets to be achieved over the next 15 years.

Straker said: “It’s something that all of us have to make a contribution to. And I am asking our diplomats that as you go back to your offices and those who are going there for the first time, please do not go there presiding over a staff, but we want you to go there and to think every quarter, ask yourself what have you done in order to make a meaningful contribution to St. Vincent and the Grenadines.”

Straker told the envoys, two of whom were being appointed for the first time, that their postings are not a matter of attending seminars and conferences or meeting people.

“You have to ask yourself ‘What have I done? What is there in the economy? What is there for our country that I have done something to?’ And if you are not satisfied with yourself, don’t write a report. And usually, those who have done nothing send the longest report because they try to elaborate on paragraph one and they give you five paragraphs,” he said.

“We want you to think hard and work hard. We are a small country. We do not have the requisite staff in every area that we would like to do, and, therefore, you have to be nimble, you have to be agile, you have to make sure that you cover every ground and do the best that you can for your country, not sitting in the office, but working hard so that our people can be benefitted by your presence in foreign capitals.”

Straker said he knows that the diplomats have their problems relating to timely disbursements of funds from Kingstown.

He expressed hope that they would “voice as strongly as possible the need for you to have your money sent to capitals so that you can take care of your rent – you get your salary, but other expenses so that it doesn’t become an embarrassment to you and your country.

“So, please press home your point forcefully to the Ministry of Finance how critical it is in order to maintain your dignity abroad that you have the remittances sent to you on time and in enough quantities so that you can take care of your expenses,” he told the diplomats at the event where Prime Minister and Minister of Finance, Ralph Gonsalves, was the featured speaker.

Gonsalves expressed hope that the Organisation of Eastern Caribbean States would relook its decision to close its embassy in Ottawa, Canada.

Gonsalves said he has always felt that it was an error to have done so.