Switching to China is in SVG’s economic interest — NDP 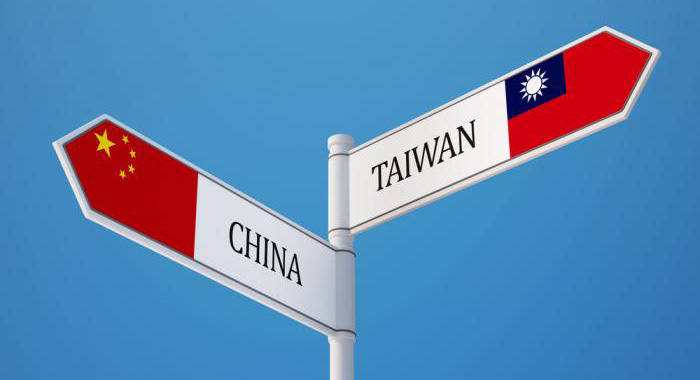 The New Democratic Party (NDP) has further elaborated on its decision to adopt the One-China policy, saying it is in the economic interest of St. Vincent and the Grenadines (SVG) to switch diplomatic relations from Taiwan to China.

NDP president and Leader of the Opposition, Arnhim Eustace, announced the policy shift on Tuesday, much to the shock of the government, the Taiwan embassy in Kingstown, and Vincentians as a whole.

Speaking on his party’s programme on NICE Radio on Thursday, Eustace defended the decision, saying that while it is his party’s right, it was not made lightly.

“Think about it ladies and gentlemen: we are making a decision in the interest of the people of St. Vincent and the Grenadines because we believe if we take that step we will get even greater benefits for the people of St. Vincent and the Grenadines. And that is what everybody should want. Our economy is in a poor condition — very, very poor and we believe that we can do better, not only in this area and many other areas and that is why we took the decision. And what I announced there is the position of the New Democratic Party.”

Eustace responded to the comment that SVG would be ungrateful if it switches diplomatic recognition to China — which regards Taiwan a renegade province to be united with the mainland, by force if necessary.

“I hear all sorts of talk how we are ungrateful and so on. That’s irrelevant. We are appreciative of what Taiwan has done for us. We know that. We are not ungrateful,” Eustace said.

“Mr. Straker, we are not ungrateful. We appreciate what Taiwan has done. We are saying we are putting ourselves in a position where we can do better for our people,” Eustace said in response to a comment from Deputy Prime Minister and Minister of Foreign Affairs, Sir Louis Straker.

Eustace described as nonsense the reference to “communist China” that Straker made in his reaction to the NDP’s policy shift.

He noted that SVG-Cuba ties have not made SVG a communist state.

Eustace said that back then, people didn’t want Cuban doctors but Mitchell was very strong in allowing Vincentian physicians trained in Cuba to practice medicine in SVG.

“Has that made us a communist nation because we recognise Cuba and did business with Cuba all these years?” Eustace said.

The government has also responded by saying that if SVG-Taipei ties come to an end, Taiwan would no longer grant scholarships to Vincentians.

“If we were to have negotiations with China, you don’t think we would get scholarships too –with an economy that is hundreds of times bigger than Taiwan?” Eustace said.

He added: “Right now, I am aware that 50 university students from Grenada are in China. I was told by a Grenadian who would know just yesterday that they (China) now signed an agreement to build 200 houses in Grenada.

“So what I am saying, when we make the change, we have to take all these factors into consideration. We are not going to change for change sake. You make a change if you feel the change will make you better off, would make our people better off.”

Taiwan has abandoned its policy of revoking the scholarship of students from allies who cut diplomatic relations with Taipei and switch to Beijing. Rather, Taiwan continues to fund the education of students that are already studying in the country, but do not grant any additional diplomatic scholarships to citizens of the former ally.

Eustace said that persons would have seen the policy shift on the horizon if they had read closely the NDP’s manifesto for the December 2015 general elections.

He said that the party outlined changes it would have made in SVG’s foreign policy if it were elected to office.

“And we put it in the manifesto since last year. Those who read the manifesto would realise that we were uncomfortable with certain things and we wanted to make certain changes.”

He said the NDP had indicated that it would change the function of its missions abroad to put strong departments to deal with trade and promoting investment in St. Vincent and the Grenadines.

“We said that because we were observing the changes that are taking place in the world. And we wanted to do what was in the best interest of the people of St. Vincent and the Grenadines. So, this is not a fly-by-night decision. This is something we have talked about for some time now.

“So while I appreciate what Taiwan has done — I have nothing against Taiwan or the people of Taiwan. I have good relations with them. I am saying it is in our interest as Vincentians today to change our relation to one of a One-china policy.”

In the manifesto, the NDP outlined a 10-point foreign policy statement in which it said it would “broaden and deepen diplomatic relations with existing countries and seek diplomatic ties with other countries on the basis of respect for human rights and the recognition of participatory democracy”.

Eustace said on Thursday: “If they had read the manifesto carefully, they would have seen the signs of change coming from the New Democratic Party in that manifesto.” He noted that Kingstown has announced that it will now have a trade attaché at its mission in New York, adding that this is what the NDP has been advocating.

“Not just deal with passports and consular matters, but to get in trade and investment, promoting that for our country. So, it is not a fly by night decision. What they’re probably annoyed at, they didn’t know and it caught them off guard,” Eustace said.
He noted the extent of trade between Taiwan and China, adding, “So Taiwan ain’t break away from China because China [is] communist. So when we make these kinds of statements, we have to be very careful and make sure we understand what we are talking about…

“We believe there will be greater economic and financial benefits to us on the road that we are taking,” he said, noting that most CARICOM countries have relations with China.

He noted that Barbados established tied with China in 1977 and Jamaica did so in 1972.

“That has not made Jamaica communist nor has it made Barbados communist. So why we’re making these comments that we are going to a communist country.”

He noted that only Belize, Haiti, St. Kitts and Nevis, St. Lucia and SVG in the Caribbean maintain diplomatic relations with Taiwan.

Eustace said that if the NDP is elected to office, it will establish ties with China and would support such a move by the current Unity Labour Party administration.

“If the … present government wants to do that, I will have no problem with that. But I am saying, we, having studied the issue, having started to make changes in our own policies, which we set out in our manifesto, we are determined that it is the best interest of the people of St. Vincent and the Grenadines to establish diplomatic ties and relations with China…

“Taiwan has helped us a lot but I don’t regard it as ungrateful if, in our own interest, we decide to go to China. We have a right to make that choice, based on our analysis of the world situation and what it means for our situation in St. Vincent and the Grenadines. Would we be better off in China or Taiwan? That’s the question. And we have decided that we will be better off with China.”