‘If I come, you will build it’: Lessons from the Maldives for Argyle Airport 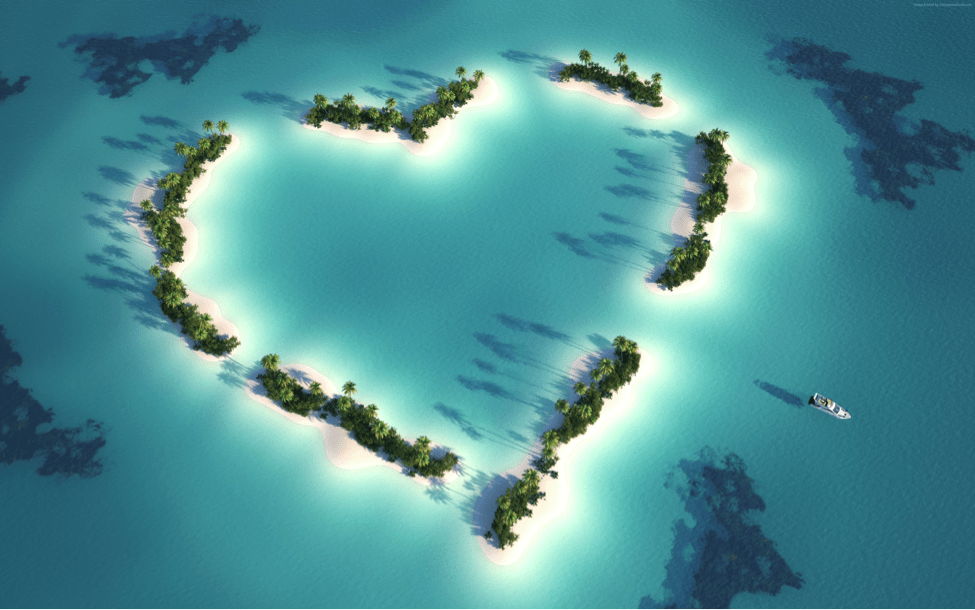 Islands making up a pristine and uninhabited Maldives atoll

The construction of Argyle International Airport (AIA) in the tiny and barely known Eastern Caribbean nation-state of St. Vincent and the Grenadines (SVG) was grounded in the following prediction by our Prime Minister, the Honourable Dr. Ralph E. Gonsalves, in his “historic” speech at the Methodist Church Hall in Kingstown on Monday, Aug. 8, 2005:

Then as now, this assertion was unquestioningly accepted by the vast majority of our people, both at home and abroad. (How else to explain the ruling Unity Labour Party’s four-in-a-row victories?) Translated into the plain prose of the blockbuster Hollywood film, Field of Dreams, starring Kevin Kostner, whose estranged father’s ghost says, “If you build it [a baseball field — in our case, the airport at Argyle], I [in our case, tens of thousands of tourists] will come.”

My contention is that this prediction has as much relation to reality as the fairytale told in Field of Dreams where long dead and discredited athletes come back to earth to play the American game on a remote Iowa corn field — in our case, the field of dreams being the Argyle runway.

This is not because fantasies never have any relation to reality — indeed, many are based on skewed or exaggerated visions of reality — but because our own version of this fairytale is such a parody of real life.

Countless examples show this, some of which I have already alluded to, some of which I will examine in subsequent essays, but perhaps the most telling of these is the case of the Maldives, a tropical nation in the Indian Ocean composed of a double chain of 26 atolls (a shallow ring-shaped reef formed from coral) containing 1,192 islands.

As far removed as it is from us in distance, culture, and ecology, the Maldives has much to teach us about the place of AIA in our tourist industry.

An independent Moslem nation located southwest of the Indian subcontinent, the Maldives spans roughly 90,000 square km (35,000 square miles), making it one of the world’s most geographically dispersed countries, as well as the smallest Asian country by both land area and population, with just under 400,000 inhabitants. The landmass of 298 square km makes up less than one per cent of the country’s total territory, possibly a world record. By comparison, the landmass of SVG is 398 square km, or about a quarter larger.

Though composed of so many tiny islands, only 185 of them were populated until the development of tourism in the early 1970s. Today, many of the other islands are used for economic purposes, of which tourism and agriculture are the most dominant:

“Tourism accounts for 28 per cent of the GDP and more than 60% of the Maldives’ foreign exchange receipts. Over 90 per cent of government tax revenue comes from import duties and tourism-related taxes. The development of tourism fostered the overall growth of the country’s economy. It created direct and indirect employment and income generation opportunities in other related industries.”

Despite how large it has now become, tourism began in the Maldives only in 1972, decades after the first hotels and resorts began operating in SVG. Indeed a “United Nations mission on development which visited the country in the 1960s did not recommend tourism, claiming that the islands were not suitable”.

Like all too many UN reports, these findings could not have been more incorrect. Since the launch of the first two island resorts with a total of 280 beds, tourism in the Maldives has grown by leaps and bounds. At present, there are over 105 resorts located in different atolls. In 2015, over 1.2 million tourists visited the country, at least 30 per cent of them from far off Western Europe.

The Maldives are renowned for their natural beauty including their crystal clear blue-green waters and sparkling white silky-soft beaches. (No imported sand here as at our own Buccament Bay Resort.) The climate and shallow inshore seas are perfect for swimming, fishing, scuba diving, snorkelling, water-skiing, windsurfing, and kite boarding.

According to its Wikipedia entry:

“A [typical] tourist resort in the Maldives consists of a [single] exclusive hotel on its own island, with its population entirely based on tourists and [a] work force, with no local people or houses.

These islands developed for tourism are approximately 800 by 200 metres in size and are [naturally] composed of sand and coral to a maximum height of about 2 metres above the sea. In addition to its beach encircling the island, each island has its own “house reef” which serves as a coral garden and natural aquarium for scuba divers and snorkelers. The shallow water enclosed by the house reef also serves as a large natural swimming pool and protects swimmers from the ocean waves and strong tidal currents outside the house reef.

The buildings on a typical [island] resort includes rooms and suites reserved for use by its guests, restaurants, coffee shops, shops, lounges, bars, discos and diving schools. A portion of the island also contains staff lodgings and support services such as catering, power generators, laundry, and a sewage plant. On-island shops offer a wide range of products, such as souvenirs and artifacts. Most resorts offer a wide variety of activities such as aerobics, volleyball, and table tennis.”

Though these islands are miniscule in size, in some ways their resorts resemble accommodation on our very own Young Island, Palm Island, and Petit St. Vincent.

Despite large tourist numbers, getting to the Maldives is no easy task. Though the country had a small regional airport that opened in 1960, the archipelago’s remote location — the closest international air connection was 900 km away in Colombo, Sri Lanka — required long distance air access after the tourist industry took off. Ibrahim Nasir International Airport is now the main international airport but it was expanded to accommodate international flights in 1981 only after the tourist boom began, thereby showing that visitor demand precipitates airport supply, not the other way round. Conversely, our own long-standing mainland tourist industry has been stagnant or declining for years while our Arnos Vale airport is underused most of the time. Yet we are at the final stage of building an international airport at Argyle for which there is no obvious demand.

The Maldives now has three international airports, all built to meet growing demand, serviced by no fewer than 33 international carriers. But non-stop flights from distant China (the country’s top tourist provider with 30 per cent of visitors), North America, most Western European countries, and other faraway places are non-existent, resulting in often long stopovers and one or more plane or airline transfers. For example, flying from London requires reconnecting and sometimes overnighting in Moscow, Sri Lanka, Istanbul, Abu Dhabi, or Dubai. By comparison, flying from London to SVG via British Airways or Virgin Atlantic involves a short stop in Barbados before transferring to LIAT for a quick 30-minute hop home.

But getting to a Maldives international airport does not mean getting to an island-resort destination. The twin-atolls are 823 km long and 130 km wide, which translates into a seaplane or boat voyage to the final islet destination.

Still, the inconvenience of travelling to the Maldives from the United Kingdom did not prevent 92,775 tourists from going there in 2015; the much more convenient routing to SVG saw only 17,459 UK visitors — less than 20 per cent fewer — coming here last year (according to data supplied by the SVG Tourism authority), at least half of whom were probably Vincentians coming home on holiday or foreigners heading for our enchanting Grenadines.

So why are the remote Maldive Islands such a popular tourist destination while we are not? And why will the completion of AIA make no difference to our popularity as a holiday venue? The answer lies in the 30 essays listed below.

Surely the primary lesson from the Maldives experience is that, “If I come, you will build it,” not the other way round.

This is the 31st in a series of essays on the folly of the proposed Argyle International Airport.

6 replies on “‘If I come, you will build it’: Lessons from the Maldives for Argyle Airport”