Searchlight opens their mouth and puts their feet in 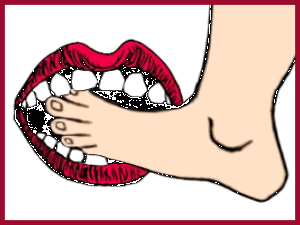 The NDP’s foreign policy, as we all know by now, has changed their economic interest from Taiwan to China. The equation to that kind of relationship is as universal as it is simple; the outcomes are not. We want what we can get from Taiwan; Taiwan wants what they can get from us. In our case, Taiwan is winning hands down.

NDP’s switch was big news and all three papers carried it on their front page last week. The heading in Searchlight’s online edition read: “Is China’s cash in NDP’s foreign policy shift?” If there ever was a miscalculation, you are looking at it. It was the ignorantest kind of words and thinking and it opened a can of worms. It is difficult to grok how they could be so shortsighted and naïve. The question, “is China’s cash in NDP’s foreign policy shift”, raises the concomitant question: is Taiwan’s cash in the ULP’s foreign policy? China hasn’t reached here yet, not by a long shot, whereas, Taiwan has been here for all of the ULP’s reign. Which question is more material? Go figure.

Searchlight has their head so far up the ULP’s ass they cannot see, or hear, or think outside the ULP’s head. In order to try make a go of their headline — I think they built the story around the headline — Searchlight offered sly innuendos and scurrilous allegations. Now that they have opened the can, here’s a fresh look at some old worms.

Is Taiwan’s cash in the ULP’s war chest? The ULP bragged that their war chest floweth over and for the life of me, I cannot recall any ULP fundraisers of any consequence that can full up a petty cash pan, let alone bulge a war chest. I know that they does throw fetes; not raise money. At any rate, how much can poor-ass Vincentians contribute to the ULP’s war chest? Pittance, that’s how much. To fill up the war chest and bulge its sides from poor people pockets is a bridge too far. The ULP will have to have fundraisers twice a day every day for years — and still not make it.

For example, take Fitz Huggins spurious calculation that his highly suspicious and legally questionable “Drop-ah-Dollar” campaign would score a half of a million dollars for the airport. It fetched about 2 per cent. Couldn’t buy a sketel. And it took six months to rounds up the 2 per cent. Then it fell flat on its face. Vincies are simply too poor and the war chest too big. The war chest is kept in its overflowing state by deep-pocketed sources. Could Taiwan be one because of ULP’s foreign policy?

As hard as the NDP tried, we never learnt where the US$1 million in hard cash came from; or what it was for. You know what I am talking about. It was two weeks before the referendum and the government was campaigning (yes the government campaigning against the people) for the “YES” vote. There was a flurry of sly, conspiratorial deposits into the NCB, which has since died from a masterstroke. Out of kindness, I would not call names to remind you who the depositing “entrepreneurs” were. That is what some of the shady depositors were called — entrepreneurs. Suffice to say that the transactions were [suspect] and that the entrepreneurs lasted only as long as the free, easy come, easy go […] foreign currency was floating around. Strange thing — then maybe not — is that the entrepreneurial skills evaporated right after the cash was done and tucked away good. Safe and sound in the laundromat. Entrepreneurs no more. “Safe,” but much to the displeasure of the Accountant General (see the attached). Did Taiwan have anything to do with that cash because of the ULP’s policy? It was one million U.S. dollars, for Pete’s sake — a lot of moolah. It had to come from somewhere rich. And the beneficiary is not saying. And the FIU didn’t ask. They didn’t dare. But you try that stunt without a red shirt and see where you go land up.

It seems to me that all the ULP government has to do to get money from Taiwan is to ask. Didn’t Taiwan plonk down a US$30 million terminal at Argyle; just for the asking? Because, for sure, there were no numbers from a feasibility study to convince them to dole out US$30 million on a terminal — unless the Taiwanese were privy to numbers from a study. If that is the case, then the government is hiding it from us because, presumably, they think that we not important enough, or not good enough, or not deserving enough — or all of the above — to see it.

One thing you have to say for the Taiwanese is that they know enough to build it themselves. Had they given the moolah to Rudy and company to build … have mercy not that; for it still building … all now so. To be finished by yet another next month — from years before.

(Why Ralph don’t give Coreas the airport to finish? You ain’t see how fast they done put back up their supermarket?)

Then there was the gift from Taiwan of a tonne and a half of motorbikes that did not last as long as Miss Janey fire. What good did that do the people of this country? Really? Like really?

One last thing. If China’s cash is in the NDP’s foreign policy shift, what is Taiwan going to do? Sit back and cross their fingers and pray?

So, Searchlight, is Taiwan’s cash in the ULP’s foreign policy? Hallo? Searchlight? Take your head out of their ass and your foot out your mouth and answer the question.

Is this a Cybercrime Bill crime? Anyone? Am I going to be upholstered in orange raiment?