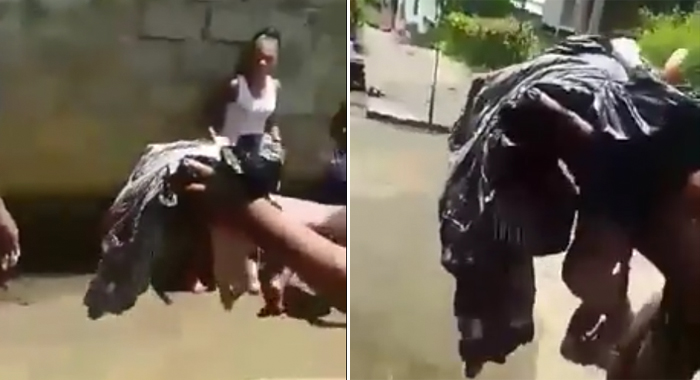 The Ministry of Health said the death of the babies was not linked to this new-born who was rescued from the latrine in Fitz Hughes.

Police in the Chateaubelair have launched an investigation into a report that a woman in the neighbouring village of Fitz Hughes reportedly abandoned a newborn baby in a pit latrine Wednesday afternoon.

Police in the north Leeward town confirmed to iWitness News that they had received and were investigating the report but declined to give further details.

The baby was alive when it was retrieved from the cesspit but we did not know its condition at the time of publishing this story.

iWitness News was reliably informed that the woman who reportedly gave birth to the child was in hospital late Wednesday night.

A video circulating on social media shows a number of persons trying to retrieve the new-born infant from the latrine.

In the 96-second video, a number of persons are seen conversing frantically as they try to devise a way of retrieving the new-born baby.

They talk about who among them is smaller and, therefore, more likely to descend into the cesspit to retrieve the child.

“Don’t shove it down!” a male voice cautioned while a woman advised them to hold the new-born baby’s foot in their attempt to remove it from the pit.

The same male comments that the baby is moving — about the same time that someone removes the baby from the latrine.

In the video, what seems to be the baby’s umbilical cord is clearly seen.

One woman comments that the baby might survive, while a man noted that the child is breathing and urge them to get a vehicle, apparently to take the child to hospital.

A male ask if that is the behaviour of a female, who he called by name — an apparent reference to the abandonment of the child.

He further said that the female who name he called had been saying that she was not pregnant.

One reply on “Villagers rescue newborn baby from pit latrine”