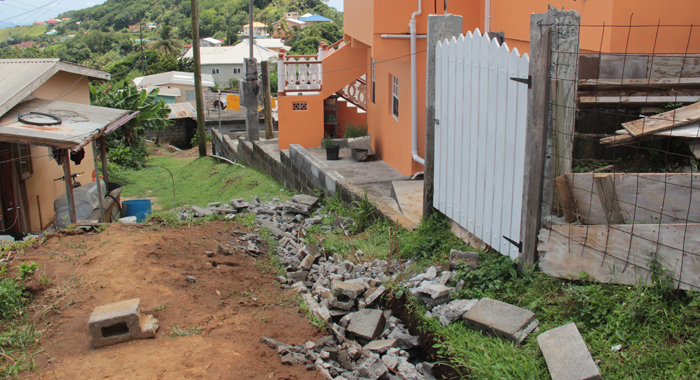 The Planning Department has settled the years-long dispute in Fair Hall, where a woman was being prevented from using a public access to her home.

Recently, the situation took a turn for the worse when construction of a brick wall began in the public road, forcing a family to walk through neighbours’ yard to get to and from their house.

The owner of the house, Rosita Browne, sought the assistance of the media after numerous fruitless complaints to the police and Physical Planning authorities.

Browne said that the wall was being built by a man who lives elsewhere in the village but is a relative of one of her neighbours.

Plans of three plots of land in the area obtained by iWitness News clearly showed that there is, in fact, an 8-foot access road running towards and along Browne’s property.

The plan also showed that the wall was indeed being constructed in the access road.

Browne told iWitness News Sunday night that while she can now use the access road to get to her house, she will seek the advice of state authorities regarding removal of the debris from the demolished wall.