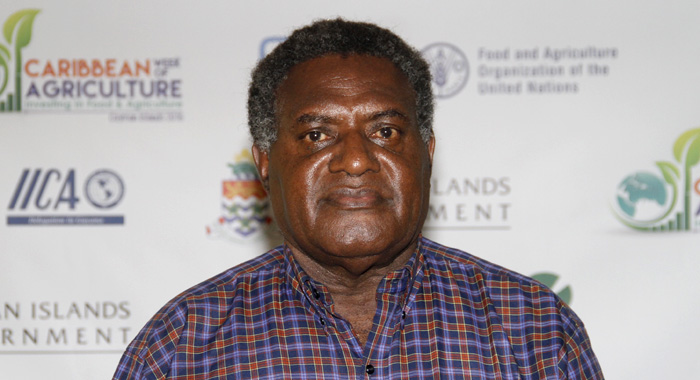 Neil Netaf, senior advisor to the Ministry of Agriculture in Vanuatu, says the Pacific Islands can learn much from what CARICOM has done in the agriculture sector.

GEORGE TOWN, Grand Cayman — The Caribbean Community (CARICOM) may have made more progress in its agricultural sector than it realises, an official from the Pacific says, as his region takes lessons from the Caribbean for its first Pacific Week of Agriculture, slated to take place next year.

Neil Netaf, senior advisor to the Ministry of Agriculture in Vanuatu, praised what he described as a political will within CARICOM after observing “frank” discussions among CARICOM ministers during their closed-door meeting of the Council for Trade and Economic Development (COTED) on Friday.

COTED promotes trade and economic development of the CARICOM and oversees the operations of the Single Market and Economy. Friday’s meeting formed part of the one-week annual Caribbean Week of Agriculture (CWA), which took place here from Oct. 24 to 28.

“What struck me here is the political will. I think that in all the small island countries, what I have seen here encourages me a lot — how the government leaders have committed themselves to agriculture in the Caribbean,” Netaf said in an interview Friday after observing the COTED deliberations.

“This is something that we wanted to see happen in the Pacific Island countries: the political will,” he added.

He said that the number of leaders participating in the meeting demonstrates that political will, adding that he was also surprised that the private sector was invited to participate in meetings to devise ways forward for the agricultural sector.

“I think it’s an open and straightforward discussion,” Netaf said, adding that sometimes, progress on discussions in the Pacific is hindered by diplomatic speak even when leaders should be frank with each other.

“Very Frankly, I love how the meeting was organised and the way people just speak openly and frankly on the issues,” he said.

Like the CARICOM, the Pacific is also struggling with a high food import bill.

While the figure was not immediately available, Netaf said he was surprised that CARICOM imports US$4 billion in food annually. “I think it is quite high,” he said, even as he noted that he considers his region’s food import bill to be high also.

Another challenge that agriculture in the Caribbean and Pacific regions faces is the lack of investment.

CWA 2016 was held under the theme “Investing in Food and Agriculture”, with a heavy emphasis on youth entrepreneurship.

Netaf said that Vanuatu is made up of 83 islands and 80 per cent of the population are subsistence farmers. But infrastructure is lacking in a lot of areas.

“So, if you talk about a value chain, there are a lot of hiccups as far as transport and warehouses with cold storage. I think that’s the difference compared to here with the smaller islands,” he said, adding that there is a ready market in the United States for Caribbean agricultural produce.

“… for us in Vanuatu, the international market is there, but the infrastructure and logistics to get things out. Those are the challenges,” he said, adding that main market for local agriculture is the local consumer, mainly in the towns.

To move agriculture forward in Vanuatu, roads and boats that have specific storage for agriculture are needed, Netaf said.

CARICOM countries are adopting a number of strategies to encourage young persons to take advantage of the opportunities in the agriculture sector and sometimes use the term “agripreneurs”, which Netaf said was new to him.

Pacific Week of Agriculture is tentatively slated for May, and Netaf said the primary goal will be to get leaders to commit to the sector.

“And we want to see in 2017 the beginning of a chapter in the Pacific for promoting, encouraging and developing agriculture in the Pacific region on a co-ordinated approach as has been done here in the Caribbean,” he said, noting that CWA started in 1999.

Netaf said his country is not merely looking for a memorandum of understanding, but for Pacific leaders to commit to allocate resources to the industry, as well as national strategies.

“Maybe it will be too early to develop a regional strategy but that’s something that we will actually dialogue on when we go back and then maybe have a draft circulated around a regional strategy for agriculture that all the Pacific countries can commit themselves to.”

CWA 2016 also focused on value chains in the agriculture sector and Netaf also drew lessons from what has been done in CARICOM.

“I was amazed to see cassava flour, cassava cake and all sorts of things; breadfruit as well. We have lots of breadfruit. So, practically, investing in the value chain of these products, it can work, and there are a lot of lessons for us from here that can be adopted in the Pacific Islands, or Vanuatu.”

He said he will also encourage his region to adopt the idea of pushing local substitutes as a means of reducing its food import bill.

“I think that is the only way forward for the Pacific countries,” Netaf said, adding that there is also a role for the private sector in this regard.

Like the Caribbean, he said his country sees a link between imported food and non-communicable diseases (NCDs) such as diabetes and hypertension.

“Mainly in the cities, but it’s actually branching out to the rural areas. What you find in the rural areas is that they will plant taro but the come back from the farm, the only fast food they can get is rice. It needs a lot of co-ordinated effort to tackle this issue,” Netaf said.