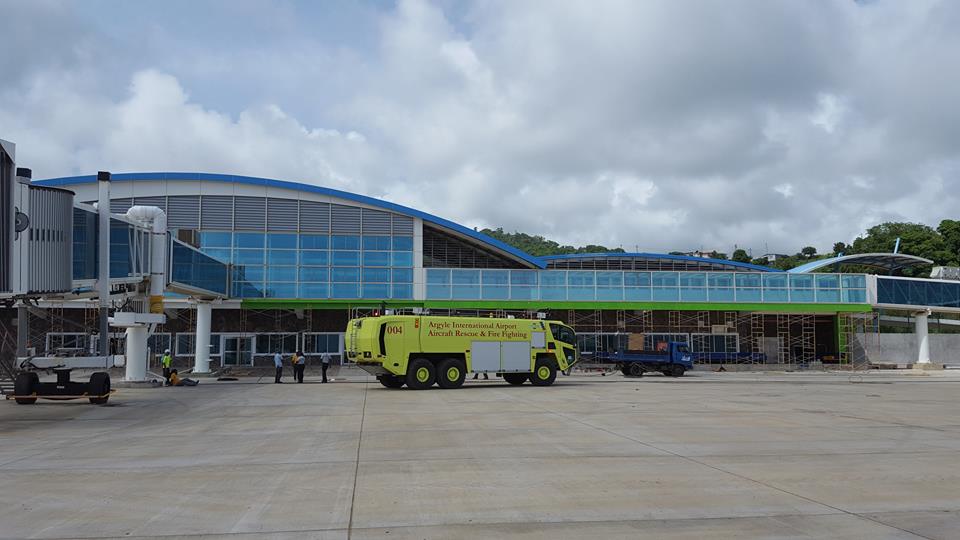 The international airport being constructed at Argyle is “really in the terminal stages”, Prime Minister Ralph Gonsalves said this week, but, again, stopped short of saying when the airport, which is five years behind schedule, will begin operating.

“I want to report that in relation to the airport, we are really in the terminal stages. The opening of the airport is imminent. The reason why I am not giving a date is simply because, over the last five, six weeks, we have had real problems with the rainfall,” he told the media on Monday.

Gonsalves’ comments come six months after Rudy Matthias, head of the state-owned company building the airport, said that it would have been completed by the end of May 2016, regardless of the weather.

Gonsalves said that his government has “an engineering solution” for the section of the road outside the airport that collapsed earlier this month for the second time in two years.

“They are digging out and they are doing certain things because there are problems of a spring above and lots of technical issues,” he said.

He, however, told the media that on Sunday, though it wasn’t raining, work had to stop because the trucks were getting stuck where they were dumping the material dug out from where the road collapsed.

“And if they can’t remove the material which they were digging out, they just couldn’t go ahead and do it. So that even when you see the sun is out, because the rain has fallen, they can’t do the works which are required to be done,” Gonsalves said.

He, however, said a lot of work is being done otherwise at the airport.

“And we have had a lot of meetings,” he said, adding that last week Friday he had a meeting with all the relevant stakeholders and got all the reports.

“I had a meeting separately with the Eastern Caribbean Civil Aviation Authority. But, because of the rain, I really can’t give you, say — I can’t say to you it’s the 15th of December or 15th of January [that the airport will begin operating] because the rain is just holding us up.

“But I just want to tell you that the opening is imminent. We are coming to the end of the construction and the commencement of the operation.  There are a lot of details which are being worked out. Many, many details; small details, but vital to be worked out.”

He said the idea his government has is that the airport will begin operating in the first months with regional carrier, LIAT, and global cargo courier, AmeriJet and chartered flights landing at the airport “‘till all the systems are in place.

“And I know that persons are involved in discussions and negotiations with airlines for regular flights from overseas,” he said of the team being lead by head of the Tourism Authority, Glen Beache.

“… naturally, we want to have all the kinks ironed out for the operations and for the people to have  — the international carriers to have them in the system and they have to have a lead time in the system for tickets and the like.

“So, we have been at this, it has been a magnificent achievement thus far; even St. Clair Leacock said it’s a near miracle as to what we have done, which is true,” he said in reference to a statement that the Central Kingstown MP, and opposition lawmaker, made in Parliament last year.

St. Vincent and the Grenadines has been impacted by heavy rains over the past few weeks. The rains have resulted in floods and landslide and damage to houses and public infrastructure.

Argyle Airport ‘on the verge’ of completion (+Video)