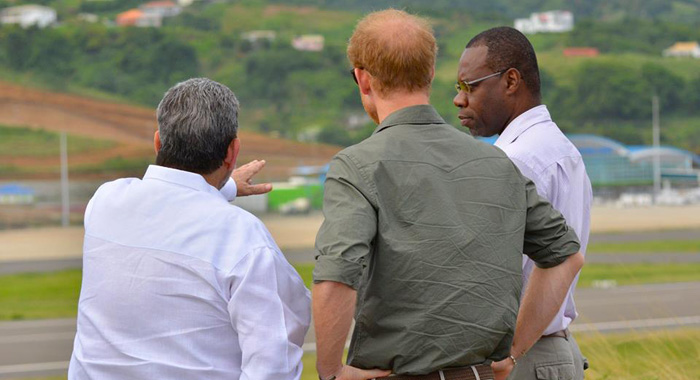 Prime Minister Ralph Gonsalves said that Prince Harry was impressed with the Argyle International Airport, which he saw on Saturday.

The fifth in line to the British throne observed the airport from a distance during his one-day official visit to this country.

During his visit to St. Vincent, Prince Harry visited the Botanic Gardens in Kingstown, where he planted a tree, and the Vermont Nature, where he unveiled a monument dedicating it to The Queen’s Commonwealth Canopy.

In Colonarie, the prince unveiled a monument declaring the Colonarie/Byrea Beach a turtle sanctuary.

“And, of course, when they were going, they had to see the existential project of the Argyle International Airport. I tell you, and the prince was very impressed with it,” Gonsalves told a press conference on Monday.

“Of course, we don’t need an expression of the prince being impressed, because we, ourselves, are impressed. But I just make it, so far as he was here representing Her Majesty,” he said at the media briefing in which he said that because of the rains over the past few weeks, his government will not announce as yet the date when the airport is expected to begin operating.

My questions to you, Prince Harry