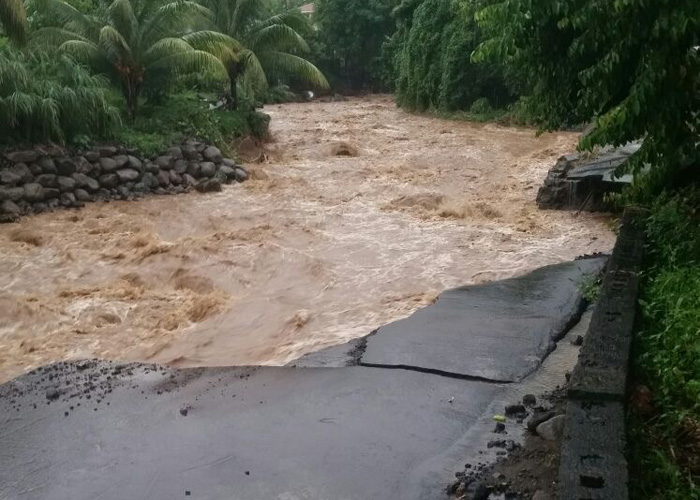 Trough systems have dumped large amounts of rain on St. Vincent and the Grenadines over the past few weeks.

Yet another trough system is approaching St. Vincent and the Grenadines.

The latest weather system is approaching at a time when the island chain is struggling to cope with the huge amount of rain brought by a number of trough systems over the past few weeks.

Rains associated with the trough systems have caused rivers to overflow their banks, resulting in the destruction of or damage to a number of houses and public infrastructure.

There has also been flooding in a number of areas, including capital city, Kingstown.

According to the 6 p.m. weather update from the St. Vincent and the Grenadines Meteorological Office on Tuesday, unstable conditions will continue to produce occasional cloudiness and scattered showers across SVG over the next 24 hours.

Thereafter, a westward moving trough system is forecast to affect the island chain and linger into Friday.

The trough is expected to generate an increase in cloudiness, showers and thunderstorm activity across St. Vincent and the Grenadines.

The National Emergency Management Organisation (NEMO) said that it will continue to monitor the weather system through the Meteorological Office.

Last week Tuesday, heavy rain associated with a trough system caused a seasonal river in Sandy Bay to overflow its bank and destroy some six houses.

The weather system left significant damage in the northeast and northwestern corridors of St. Vincent.

Prime Minister Ralph Gonsalves has said that adverse weather since September has left about EC$100 million in damage across the country.

One reply on “Yet another trough system approaching St. Vincent”