‘No evidence’ that Buccament Resort has ‘any assets of substance’ 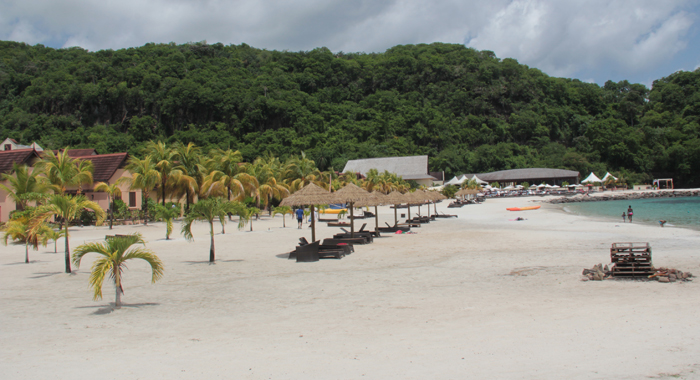 The situation at Buccament Bay Resort is so bad that a lawsuit to ensure the payment of workers who have not received wages or salaries for three months is likely to come up empty.

Accountant Brian Glasgow, who the High Court, in a special sitting on Saturday appointed proposal trustee for Harlequin Property Ltd., owners of the resort, says while it is outside him ambit, he is concerned about the situation affecting the workers.

Glasgow is tasked with securing the assets of the Harlequin after Buccament Bay Resort closed on Wednesday when its electricity was disconnected for non-payment.

Some reports have put the amount the resort owes to state-owned electricity company VINLEC at EC$1.6 million, a figure Glasgow said he has not been able to verify with VINLEC, even as he noted that the figure hasn’t been disputed.

Glasgow explained to iWitness News on Monday that his appointment, which is under the Bankruptcy and Insolvency Act, extends only to Harlequin.

He said that the law sees a distinction between Harlequin and the Buccament Bay Resort Ltd., the company that was responsible for the day-to-day operation of the resort.

He, however, said that the monies owed to workers were a common concern.

‘That is something that concerns all of us and as I have explained elsewhere, my jurisdiction is only over Harlequin Property Ltd. At the same time, you cannot be insensitive to the fact that there are people engaged who have not been paid.

“There are employees who have not been paid and, like anybody else in my position would do, even though you don’t have the right to demand that they be paid, you would ask questions. I’ve asked questions, and, to the extent that I could indicate how important it is for people to be paid, I have done that,” Glasgow told iWitness News.

The resort closed two weeks after some employees began protesting daily, saying that they would have only suspended their industrial action when their wages are paid.

But, with Christmas, less than a week away, the employees’ worst fear — a holiday season without payment — seems closer to reality.

“But I am aware that efforts are being made by the various stakeholders to ensure that the employees are paid the outstanding amounts,” Glasgow said, but did not elaborate.