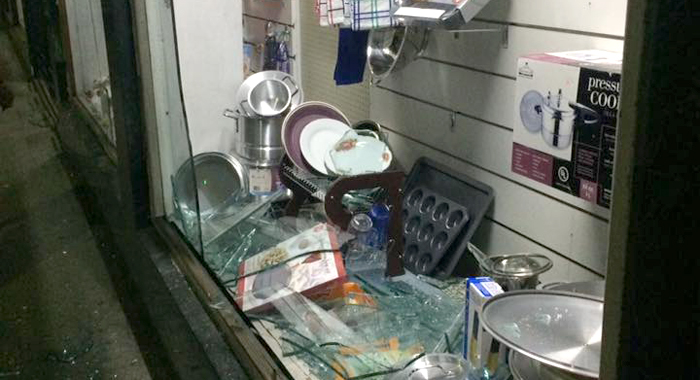 The show window at Grand Bazaar, located at St James Place and

Grenville Street, Kingstown was smashed around 12:45 a.m. Wednesday and some items removed by unidentified assailant(s).

Sanjay Jiandani, a director at RC Enterprises, owners of the store, told iWitness News that the company was able to determine immediately that some pots were stolen. 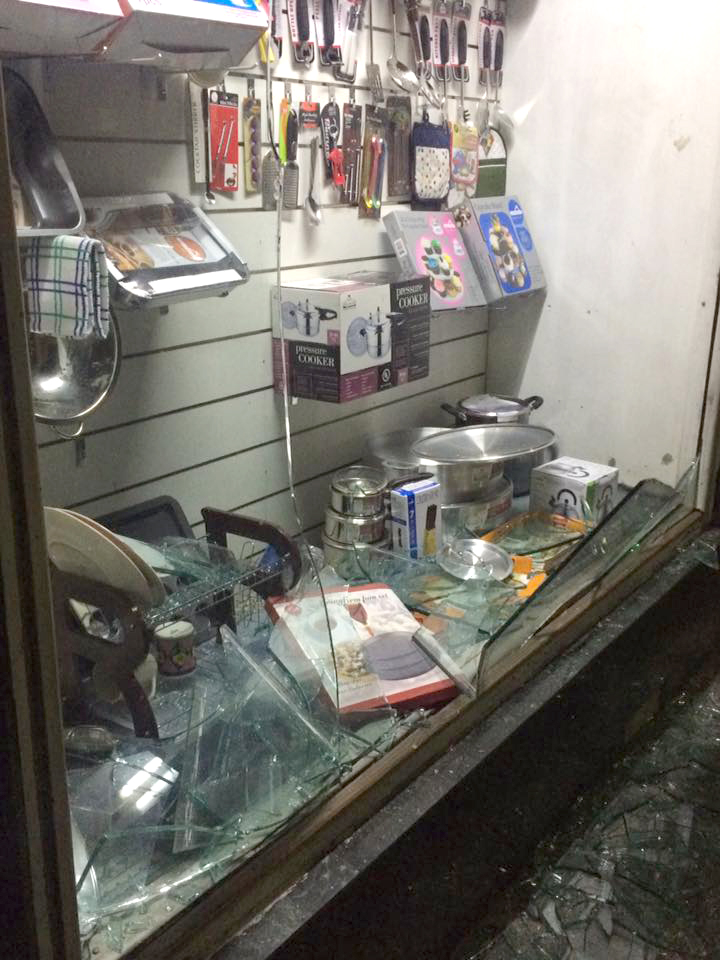 Jiandani, however, said that while the assessment was incomplete, they have been able to determine that between EC$700 to EC$800 in items, including a large pot, were stolen from the store.

He told iWitness News that they received a called just before 1 a.m. from a resident of the area who had responded to the sound of smashing glass.

The police responded sometime later and are carrying out investigations.

Jiandani decried what he said was the absence of observable police presence in Kingstown, especially now that it is the holiday season.

He said that while in the past beat officers were visible in the city, recently, they have been seen only at the Post Office and the Central Police Station.

“It is sad to see,” he said of the burglary at the store.

“There is no police presence. We don’t see it in the way it used to be in years past. Even at 3:30 a.m. after we had secured the store and were leaving Kingstown, we saw no police presence,” he told iWitness News.

Jiandani said that the show window was smashed in the past by some of the homeless persons in Kingstown — many of whom are believed to be mentally ill or drug addicts.

He, however, said that the fact that items were stolen from the store after the window was smashed suggest that it was a burglary.

He told iWitness News that there are certain security devices inside the store.