Friday expecting another deficit budget for 2017 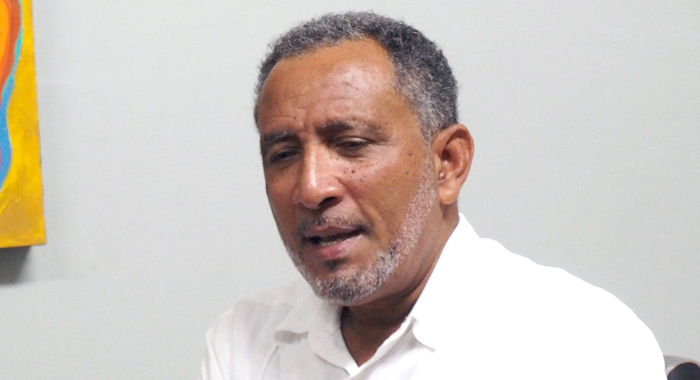 Leader of the Opposition Godwin Friday says he is anticipating a deficit Budget when Prime Minister and Minister of Finance, Ralph Gonsalves presents the 2017 fiscal package to Parliament early in the New Year.

Friday, who became opposition leader a month ago, told iWitness News in a Facebook Live interview on Tuesday that he does not know what is going to be in the budget and, therefore, cannot pre-empt it by saying what he would have done.

“What I feel is going to happen is that we are going to get pretty much more of the same thing, which is deficit financing because the government, here’s what they have been doing in the past, since 2005, they have been representing, essentially — inflating the budget without having the funds to do the projects,” he said.

He noted that the budget that lawmakers approved last year had a deficit in excess of EC$100 million.

“And I expect that will continue and the failure to present any kind of productive [measures], and impetus to the productive sectors, that, again, is one of the major failures of this government. You can’t just simply run a country by going out and getting some scholarships from a country and coming and given them to students. They have to be able to produce food for themselves”.

Friday said that in “the days when people used to do farming”; one would go around the country and see the homes that they built.

“They educated their children. They bought cars, they bought TVs, and they bought things you would not have seen in the early 70s and 80s and so on when I grew up. This is what we want to bring back and this government is failing to do so.”

He said the NDP would focus on providing impetus and investments in the productive sectors, in agriculture, and not just bananas.

Friday told iWitness News that while the government often speaks about diversifying around bananas, not much is happening in the sector.

“What is happening in the fishing industry, which everybody would tell you has tremendous potential? But, right now, in our communities in Bequia, you have fellows who are catching lobsters and they can’t get market…” said Friday, who is also Member of Parliament for the Northern Grenadines, where fishing is a major part of the economy.

“Why can’t we assist those people? Where you have a commodity that people want, you just need to get the producer and the buyer together and we are not providing any kind of assistance to the people in that regard. All they are talking about is all kinds of other things that are not actually having an impact on the lives of the people.”

St. Vincent and the Grenadines been unable to meet the standard required to export its seafood to the European Union for more than a decade and a half.