Another Chinese businessman shot in Kingstown 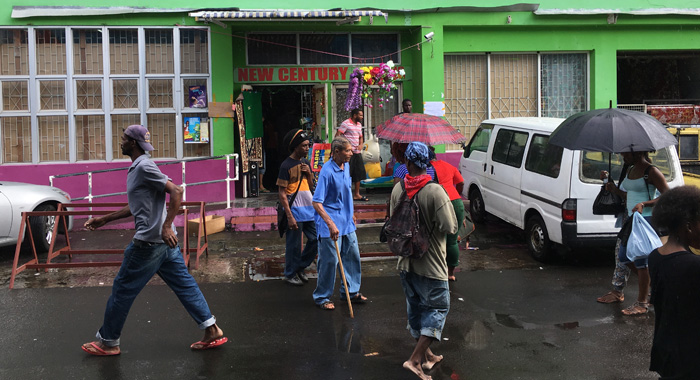 The Chinese man was shot outside this store, Wednesday night. (IWN photo)

A member of the Chinese business community in St. Vincent and the Grenadines says he is wondering if they are being targeted after a Chinese man was shot outside store in Kingstown Wednesday night.

The man survived the shotgun injury to the right side of his stomach.

He was shot while locking up their store, New Century Trading, located at Melville and Middle Street Kingstown.

A Chinese worker at the store did not disclose his or the man’s name to iWitness News on Thursday.

He told iWitness News that the man was closing the store around 6:30 p.m., and had first gone to their minivan parked outside to place the bag with the day’s earnings inside it.

He was about to return to the store when two men approached and one of them shot the Chinese businessmen.

He said there were a lot of people on the other side of the street when the shooting took place and the assailants left empty handed.

The shop worker, who arrived in St. Vincent and the Grenadines six years ago, said he is now wondering if the country is a safe place, especially for Chinese businesspeople.

He said it seems that because Chinese in St. Vincent run businesses people think that they have money and are targeting them.

The man noted that the owner of Double Happiness, one of the first Chinese restaurants in St. Vincent and the Grenadines, was robbed and shot along the road to Cane Garden public road earlier this year and that a man with a cutlass had robbed a Cantonese restaurant in Kingstown.

He said that in light of the robbery, New Century would consider hiring a security firm to handle transportation of its money.

The man told iWitness News that when he arrived in St. Vincent and the Grenadines six years ago, the country was a very safe place but now there are too many shootings.

2 replies on “Another Chinese businessman shot in Kingstown”