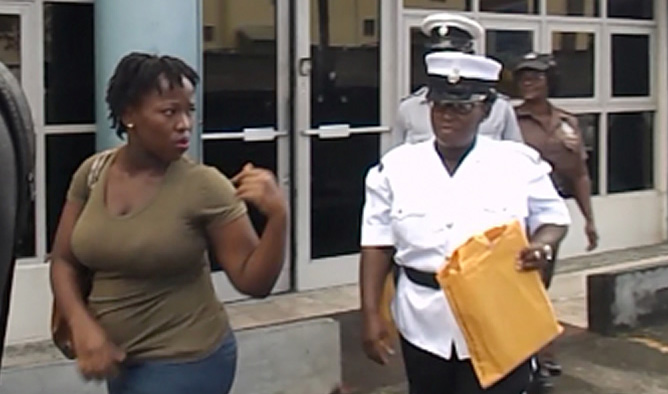 A Buccament Bay woman was on Friday returned to police lockup as no one turned up in time to sign her bail bond, after station bail that was initially granted to her was revoked.

Latish Williams, 24, pleaded not guilty of 68 counts of theft when she appeared before Bertie Pompey at the Kingstown Magistrate’s Court.

She is charged with stealing EC$6,760 in Digicel credit from Harmony investment Kingstown, between Jan. 18 and Aug. 30, 2016, offences contrary to Section 209(1) of the Criminal Code.

Prosecutor, Station Sergeant Elgin Richards told the court that while the defendant was given bail, he was not convinced that the surety is duly qualified.

He noted that the surety is unemployed and he asked for a variation of the bail, adding that he would like proper surety and reporting conditions.

Pompey revoked the station bail and set bail at EC$9,000 with one surety.

He also ordered Williams to report to the Layou Police Station every Tuesday between 6 a.m. and 6 p.m.