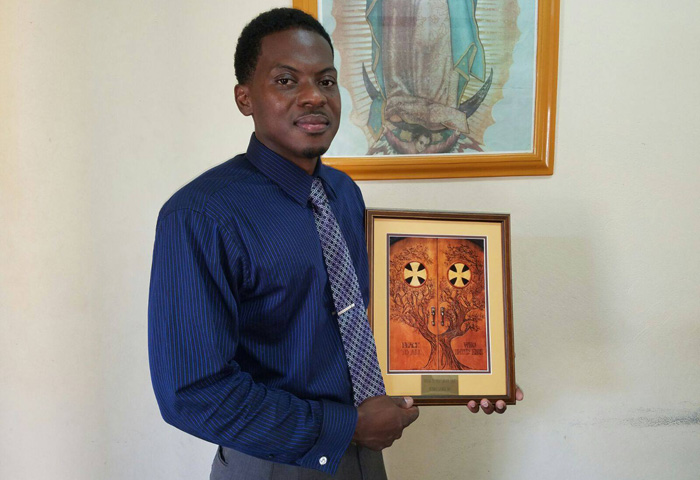 Vincentian educator Petrus Gumbs has become the first international student to be awarded the Young Alumni Award from The College of Scholastica, the university where he pursued his undergraduate studies.

This university, which is located in Minnesota, is known for its graduates’ work in Nursing and Computer Information System (CIS).

Gumbs is the first international student to have received this award since the university opened its doors in 1892.

He is also the second computer major to receive the award.

To assess his qualification for this award, a group of his CIS professors had been discretely evaluating his work as an educator and as founder and director of the STEM SVG Summer Programme.

He is one of the few students in the CIS department who has extended his knowledge beyond the confines of his job, and through the STEM programme, he has touched the lives of many persons in St. Vincent and the Grenadines.

This programme, however, could not have achieved the success and popularity it has gained without the support of the facilitators, sponsors and businesses that have been magnanimous in their contributions to the programme, Gumbs said.

As the programme enters its fifth year, plans are already being devised to offer more options to students who attend.

Gumbs intends to work with more organisations and businesses to ensure that the participants are exposed to a one of a kind learning experience.

One of the activities planned is a luncheon for secondary school students who will be exposed to employment strategies.

Registration in the programme is scheduled to open in March 2017.