Vincy nurse jailed for stealing over £13,000 from elderly patients 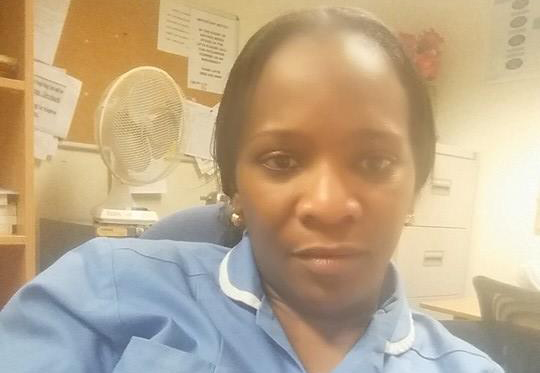 A Vincentian nurse has been jailed in the United Kingdom for stealing over £13,000 from her elderly patients.

An investigation found that the nurse, Sharon Vitalis, stole cheque leaves from her elderly patients and also used their bank cards.

She used the money for online betting and buying clothes, the Bexley Times reported on Friday.

Vitalis, a 44-year-old mother of three, who once worked at Milton Cato Memorial Hospital in St. Vincent and the Grenadines, was charged with 14 counts of fraud totalling £13,052.88.

She was sentenced to 28 months in prison on Wednesday.

Bexley Times said that she took the money from eight elderly patients in her care.

Seven debit card payments worth a total of £490 were made to an online betting company — with any winnings from the bets going straight into a bank account held by Vitalis. The rest of the money was spent on clothes purchased online — but enquiries discovered none of the items were ever collected, Bexley Times said.

Vitalis’ crimes were uncovered during an investigation triggered when a relative of a temporary resident of one the nursing home filed a report with Greenwich council, the Bexley Times said.

Greenwich councillor, Maureen O’Mara condemned Vitalis’ actions, describing them as, “… a despicable crime and one wouldn’t expect anyone, let alone a qualified nurse and carer to steal from the elderly in this way”.

She said Vitalis’ actions are “unbelievable”.

“Praise has to go to the concerned family that reported this matter to us and to our Internal Audit and Anti-Fraud team who went way and beyond to bring Ms Vitalis to justice when others seemed content to let the thefts go unchallenged,” O’Mara said.

Vitalis migrated to the United Kingdom about a decade ago.

2 replies on “Vincy nurse jailed for stealing over £13,000 from elderly patients”