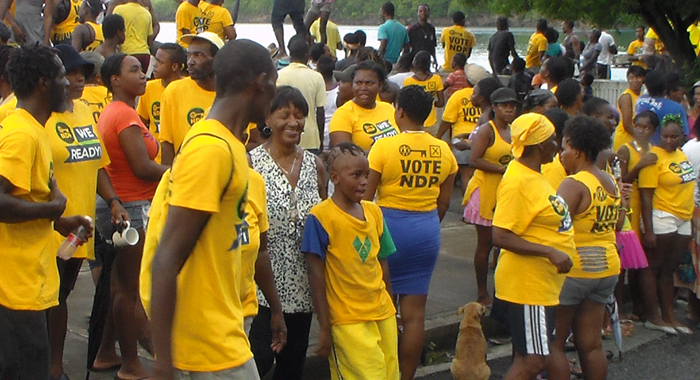 The NDP is challenging the results of the vote in Central Leeward. (iWN file photo)

The opposition New Democratic Party (NDP) wants the two petitions it filed contesting the results of the December 2015 general elections to be heard on their merits.

The respondents had convinced High Court judge, Justice Brian Cottle, to throw out the petition as improperly filed last June.

But the Court of Appeal reinstated the petitions on Tuesday and sent them back to the High Court for hearing, saying that Cottle showed apparent bias in his handling of the case.

It is widely anticipated that the respondents will again ask the court to throw out the petitions.

But lawyer Kay Bacchus-Baptiste, speaking at an NDP press conference on Thursday, said that the right to vote in free and fair elections is one of the most sacred and fundamental rights in a democratic society.

She said that in the petition involving Ezechiel Joseph (the petitioner) and Alvina Reynolds (the respondent) in St. Lucia in 2012, the court said “there is a high public interest in promoting democracy by ensuring that election cases are determined on their merits” and that “the constitutional guaranteed right to access and fairness should be facilitated by our courts”.

Bacchus-Baptiste said she mentioned that court because that the Unity Labour Party respondents are trying to strike the case out even before it begins.

“And the law is, what we should do is to ensure that these rights are guaranteed and ensure that our case is heard. That is the aim.”

Bacchus-Baptiste said the motion to throw out the petitions was filed, so it is still before the court.

2 replies on “NDP wants petitions heard on their merit”