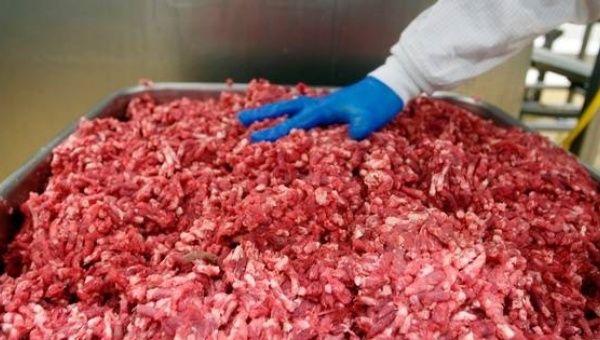 The meat production companies in Brazil that export meat products to the United States, from where most of the corned beef and poultry sold in St. Vincent and the Grenadines is sourced, are not under investigation as part of the tainted meat scandal in Brazil.

The Embassy of Brazil in St. Vincent and the Grenadines said Thursday that while there are 21 meat production companies under investigation by federal police in the South American nation, only six of them have exported products within the last 60 days.

“… NONE of these exports were made directly to St. Vincent and the Grenadines or to the United States, from where most of the corned beef and poultry is sourced,” the embassy said in a press statement.

The press statement came one day after Kingstown announced “an immediate temporary ban on the importation and sale of all beef and poultry products from Brazil, including corned beef”.

The government further ordered “the removal of ALL such products from the shelves of every establishment”.

But the Brazilian embassy said Thursday that the companies that exported meat products to the United States and St. Vincent and the Grenadines “are not under investigation and operate within all licensing and health regulations.

“The Brazilian Ministry of Agriculture has a rigorous inspection service for animal products with permanent auditing, monitoring and risk assessment.

“The Brazilian Government is auditing establishments mentioned in the Federal Police investigation into allegations of irregularities in the agricultural inspection system.

“Of the 21 units under investigation, three have already had their operations suspended and all 21 have been placed under a special inspection regime conducted by a specific task force of the Ministry of Agriculture, Livestock and Food Supply (MAPA). The investigation in question involves a marginal percentage, only 1 per cent, of all meat exports.”

The embassy said Brazil has 4,837 establishments that produce meat products.

Of these establishments, which are subject to federal inspection, only 21 (0.2 per cent of the total) are alleged to have been involved in irregularities, and of the over 11,000 employees in the agricultural inspection system, only 33 (0.3 per cent) are being investigated by the Federal Police for possible irregularities, the embassy said.

“That means that 99.8 per cent of registered companies and 99.7 per cent of inspectors are not involved in the allegations under investigation,” the embassy said.

It said it is in contact with the Government of St. Vincent and the Grenadines “for any clarification on the matter.

“All production plants remain open to inspection visits by importing countries who wish to visit exporting companies to clear up any doubts which they may have.

“Brazil is the most interested party in resolving and clarifying these issues, and in having the current unilateral ban lifted,” the embassy said.

Kingstown on Wednesday joined a number of regional capitals that had earlier announced similar bans, beginning with Kingston on Tuesday.

Barbados and the Bahamas have also announced similar bans while other Caribbean Community nations have announced that they are looking into the development.

Internationally, China has suspended meat imports from Brazil over its rotten meat scandal while the European Union has called for a partial ban, Al Jazeera has reported.