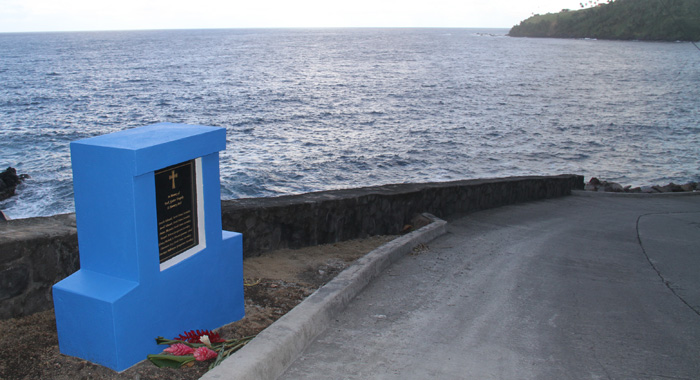 One of the lawyers representing the two men who were charged with involuntary manslaughter of the seven students who died in the Rock Gutter tragedy on Jan 12, 2015 has welcomed the decision of the court to uphold no case submissions.

On Friday, Chief Magistrate Rechanne Browne-Matthias ruled at the Serious Offences Court in Kingstown that she was upholding the no case submission made on behalf of the accused, 67-year-old pastor, Ehud Myers, and Davanan Nanton, a 36-year-old chauffer.

“I’d like to say again justice in St. Vincent and the Grenadines was placed under examination and, in this particular regard, Justice [has] come out, having successfully passed that examination,” Israel Bruce, who represented Nanton, told iWitness News after the court ruling.

Bruce, along with fellow counsel, Grant Connell, had argued two weeks earlier that the Crown did not satisfy on an evidential basis that Myers and Nanton failed to do something to prevent the deaths.

“We didn’t see any evidence that they failed to do anything,” Bruce told iWitness News.

He said that in the case of Nanton, the essential evidence came from the investigator, Station Sergeant of Police Junior Nero, who told the court during cross examination that Nanton did all that was to be done by a responsible driver as tragedy began to unfold.

The students — Racquel Ashton, Chanstacia Stay, Glenroy Michael, Jamall and Jamalie Edwards, Simonique Ballantyne and Anique Alexander — died when minibus HL636 careened down a steep section of the road and plunged into the sea on Jan. 12, 2015.

Bruce said that the vehicle was examined early that morning and the brake and oil tested.

He said when Nanton realised during the journey that the brake system was giving in, he gave his entire attention to trying to bring the vehicle to a stop without causing the loss of life.

“Unfortunately, it didn’t happen that way. It’s a very sad case,” said Bruce, who described the case as one of the most emotional he has done as an attorney.

“I wish I don’t have to do another one like this. Even coming out of the court now and hearing Mr. Nanton, it really drives me, almost to teary eyes again.

“We really should be sorry for the lives that were lost. No how can these lives be brought back, but what has to be recognised is that there was no failure on the part of either Nanton or Myers and the court made the right decision.

“To uphold the submissions was entirely the right thing to do. I trust that the community of Fancy can be healed, that people can bring themselves back together and recognise that there was nothing untoward, nothing negligent done by either Myers or Nanton that unfortunately caused the death of these seven great lives.  It is a loss to the nation.”

Bruce restated his call for the government to erect crash barriers in the area, where a monument was erected last month in memory of the accident victims.

“The erection of a symbol to remind people of the tragic loss of life is but part of what has to be done,” the lawyer said.

“What is more important is that the state must now look into those particular areas in the North Windward tip of the country and put in place the requisite protective machinery, put in place barriers and barricades to ensure that the motor vehicle operators who operate in those areas at least have some semblance of security about them and the lives of the people in North Windward, because that is important. Black lives matter,” said Bruce, who is also an opposition politician.