Farmers prefer to export bananas to the region — minister 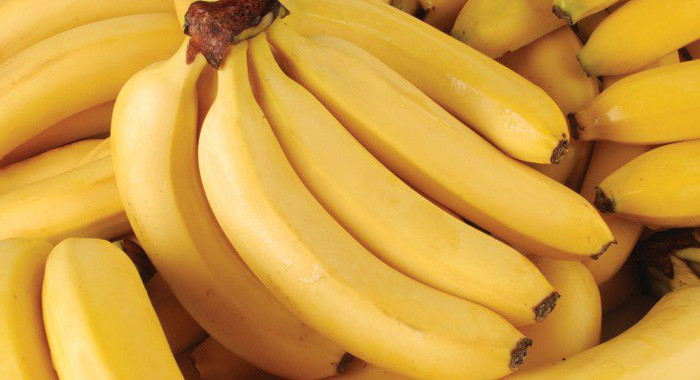 Vincentian banana farmers prefer to export their fruit to the regional rather than United Kingdom market.

That’s the word from Minister of Agriculture, Saboto Caesar in response to a question from Member of Parliament for East Kingstown, Arnhim Eustace last Thursday.

Eustace asked Caesar to tell Parliament when the government intends to restart sales of bananas to the United Kingdom.

St. Vincent and the Grenadines has not made significant exports of bananas to the United Kingdom — previously its main market for the fruit — for years.

Caesar said that banana stakeholders have the option to trade on the regional and extra-regional markets and some have chosen to invest in ripening rooms for local consumption.

He said the government has budgeted resources to facilitate production of bananas for trade to both export and local markets and these resources are channelled through the Banana Services Unit.

The minister said that in the banana production groups and organisations supported by the head of the Banana Services Unit that farmers continue, for the most part, to trade in the regional marketplace, primarily to Trinidad and Tobago and Barbados.

He said that he has been advised that Dominica, St. Lucia and SVG cannot satisfy the current demand for bananas in the regional market.

He said this is the case especially since the Dominican Republic has reduced since 2013 its supply to the regional market.

“Therefore, relatively high prices are paid for bananas in the region.”

He told parliament that stakeholders have expressed a preference for trading on the regional market, because of the less stringent growing methods to be adhered to.

“And when I speak about these stringent methods, I make reference to Global Gap and the Fair Trade standard.”

Caesar said relatively high prices on the regional market, because of the reduced supply, is proving attractive to both farmers and traders.

He further said that the five largest producers of bananas locally are either not fair trade oriented or are producing for local ripening.

“And the question is still out there … as to whether or not there is room for conventional bananas in the UK marketplace,” he told Parliament.

The minister further said the reduction of the export licence for bananas from $4 to $2 has made the regional export trade more attractive to traders.

“So, I have just outlined four substantive reasons given by stakeholders in the industry which are being used to justify why they are going to the regional market.

“I wish to underscore, Mr. Speaker, that the government of St. Vincent and the Grenadines and the Ministry of Agriculture, we see the necessity to export to the extra regional market in line with the sentiments of the Honourable Member for East Kingstown and will continue to support the requests by stakeholders who wish to do so hence the following support measures by the government.”

The agriculture minister said his ministry continue to promote and provide technical support to a core group of farmers on a core farmers’ programme.

“Some 52 farmers are on this programme and even though we do not export to the UK, what we have done is to ensure that we still meet the Global Gap certification standards.”

SVG has been exporting an average of 3,000 boxes per week to the region, while St. Lucia is exporting 4,500 to the extra-region.

“Of course, at a much higher quality because the procedures are far more onerous to be able to export under the fair trade label,” the minister said of the St. Lucian fruit.

Caesar said his ministry will continue to advocate, especially when volumes increase, for the need for a substantial market to sell the commodities to.

“At the end of the day, the stakeholders, Mr. Speaker, will make the decision as to where to sell, whether locally, regionally, or internationally. I do not want us to slight the question being raised by the Honourable Member for East Kingstown. We have to do what it takes so that we can maximise our opportunities on all markets,” Caesar said.