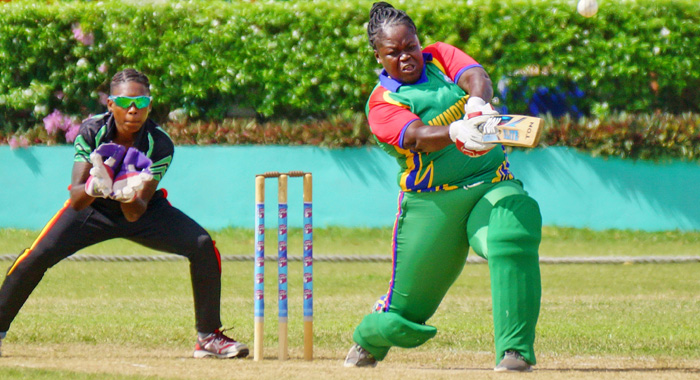 Mystifyingly ignored by Windward and regional selectors over the last few years, Cordel Jack underlined her class with another good batting performance in leading the Windwards to a 5-wicket win over Guyana at the Arnos Vale Sports Complex on day one of action in the West Indies Women Super50 competition.

Jack, showing a level head after the Windwards had lost a couple of early wickets, looked in total control against pace and spin and punished anything that was slightly off length.

She was joined in a rescue action by captain Afy Fletcher after the Windwards despite scoring in excess of the required rate were 2/25 in 5 overs.

They added 62 for the third wicket before Jack, who looked set for a well–deserved half century, went at 87/3.

She faced 61 balls and counted 8 fours. Fletcher (24) went at 95/4 and was quickly followed by Akeria Peters (10) as the Windwards experienced some nervous moments in the middle of the innings.

However, they were taken home by the sixth wicket pair of Roytlin Cooper (10) and Quiana Joseph (16), who added a 28-run partnership.

Earlier, Guyana — who were asked to take first knock — looked well placed at 85/1, thanks to a second wicket partnership of 64 between opener June Ogle (37) and Katana Mentore (15) before the latter went. The pair had, however, taken all of 22 overs to get the runs, thereby allowing the Windwards bowlers to drop on a length.

Mentore took 47 balls to score her runs and Ogle took all of 132 balls for a SR of 28.03. Their departure saw a quick decline with the only resistant coming from West Indies player Shermaine Campbelle who got 26 with three fours off 37 balls.

Extras contributed 35 with 30 of these being wides.