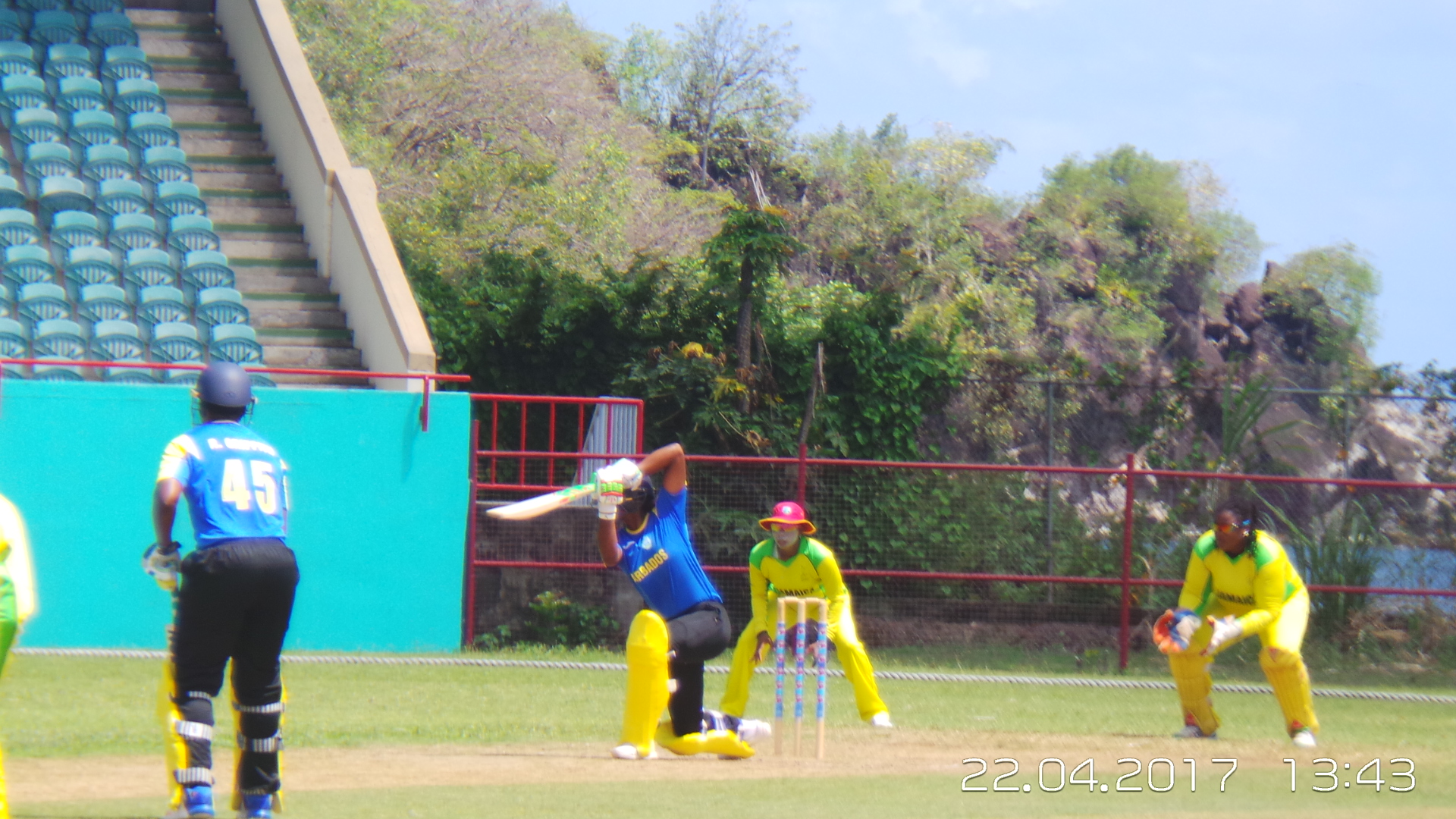 Behind a compelling unbeaten half century by the irrepressible Haylee Mathews, Barbados sprinted to a 7-wicket win over Jamaica — their second in as many matches — on Saturday at the main Arnos Vale Playing Field in the West Indies Womens Super50 tournament.

The 19-year-old Mathews served the world notice of her precocious batting talent with an unbeaten half-century in the final of the 2016 Womens T20 World Cup won by the West Indies.

And, on Saturday, the small group of spectators, including Sports Minister Cecil “Ces” McKie and former SVG batting stylist, Vibert Bute were on hand to a get a first-hand view of the classy Barbadian.

Mathews began her innings by stroking her second ball Lawrence Rowe-like to the cover boundary — a shot that extracted murmurs and applause. Her second boundary was gracefully whipped to the midwicket fence while a ruthless pull, a sweep, a rasping square drive which was delayed a bit to defeat the fielder who had stopped the previous shot, then the latest of late cuts that had even the opposing players nodding in appreciation all followed in that order. This as the impetuous blossoming star unfurled her full repertoire of shots.

She added 20 for the first wicket with Kycia Knight (2) and 47 with Reshelle Griffith (14) for the second.

And even though she saw Deandra Dottng (4) come and go at 72/3 Mathews (56*) remained to see her team home in company pf Charlene Taitt (9). She struck ten fours and faced 73 balls and her only scare came by way of a slight mixup with Griffith.

The Barbadians were in the ascendancy from calling right at the toss and inserting their opponents.

The bowlers, led by the mercurial Dotting and Shakera Selmon, showed good discipline and not only pegged the Jamaicans back by tight line but picked up wickets as well. And it was Selmon who struck the most telling blow when she had captain and World number one ranked Staphanie Taylor (0) LBW with the total 34/4.

Chadean Nation (17), who topscored, carried the country’s batting on her back as she batted just short of 10 overs (59 balls) and struck 2 fours in her battling attempt. Rashada Williams got 14 and there were 16 Extras as Dotting grabbed 4/24 Kellia Elliot 2/9 and Selmon 2/17 in combining to dismiss their opponents for the under par total.