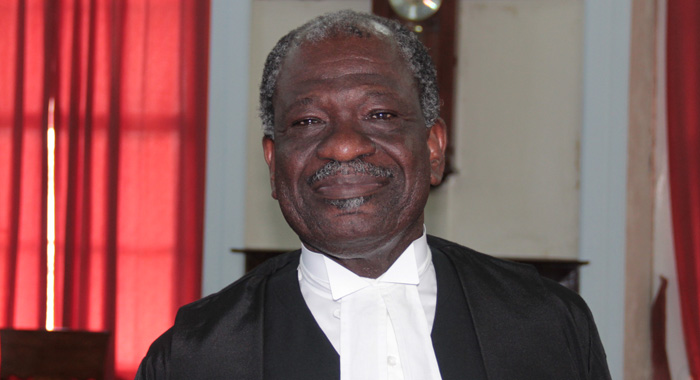 Lawyers for the respondents in the election petitions matter say they consider an honest mistake an email sent by a lawyer for the petitioners to the judge, rather than the court office.

Justice Esco Henry raised the matter in open court on Friday after hearing, over three days, arguments for and against the respondents’ motion that the petitions should be dismissed as invalid.

She had on Tuesday raised the matter in chambers with counsel for both sides, but said she was raising it in open court, out of an abundance of caution.

Henry told the court that the practice in the High Court is that electronic documents are submitted to the judicial officer through the High Court office.

She said that, in the current case, there was a deviation of that in that written submissions on behalf of the petitioners found themselves to her email account that was established for the sole purpose of communicating with some legal practitioners working along with her in arranging for the 50th anniversary of the Eastern Caribbean Supreme Court.

The judge said the development was brought to the attention of the parties and the petitioners, even before the hearing commenced last Tuesday, May 2, and she had redirected submissions accordingly.

She then asked all parties if there was anything that they wanted to say on the record.

Lead lawyer for the petitioners, Queen’s Counsel Stanley “Stalky” John, told the court it was brought to his attention that the court office requested electronic copies of submissions filed on behalf of the petitioners in the usual manner.

John said he requested the assistance of a junior counsel to co-ordinate with instructing solicitors in order to comply with the request.

The senior lawyer said he had since, on behalf of the junior counsel, “expressed regrets for any inconvenience that may have caused your ladyship or to others”.

John said the email was simply a copy of the document that was filed on Friday before the hearing when the judge had not come down and would not have been able to get the document to study over the weekend.

“That is my appreciation of the circumstances,” the lawyer said.

Kay Bacchus Baptiste, another lawyer for the petitioner, said she was completely unaware of the incident until the judge brought it up in chambers at the commencement of the hearing.

She further told the court that she accepted John’s explanation.

Meanwhile, Senior Counsel Antony Astaphan, lead counsel for the respondents, told the court he had no doubt that it was “an honest mistake and I really have nothing to say about that, except that I accept my learned friend’s explanation”.

Grahame Bollers, another lawyer for the respondents, also told the court he accepted John’s explanation and said he had no doubt it was an honest mistake.

The judge said that the matter was not being raised in open court to cast aspersions at anyone but “just to ensure that everything is done transparently”.

Justice Henry said she also wanted the record to reflect the communications which took place between counsel on May 2 in chambers and that the record reflect that an email was sent.

The judge said that, as she offered in Chambers, if the respondents would like a copy of the email, they only need request and it will be provided to them.

Justice Henry has reserved her judgment on the motion to throw out the petitions.

The Ralph Gonsalves Unity Labour Party is holding that the petitions are invalid because the petitioners, rather than the sureties, have signed the recognisances.