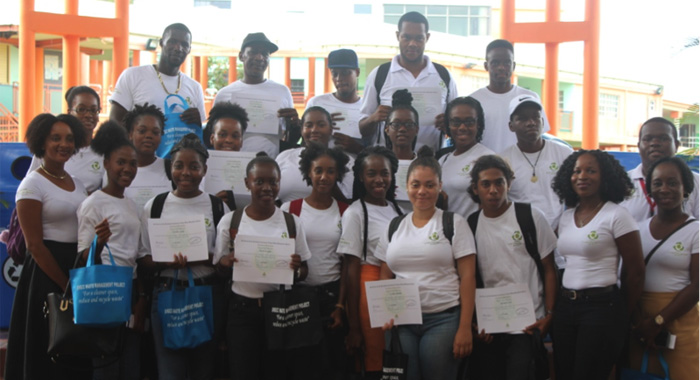 The St. Vincent and the Grenadines Community College (SVGCC) has taken decisive action in developing and improving its waste management techniques. In late April, the college launched the SVGCC Waste Management Project, with funding from the Australian Direct Aid Programme.

The project has two phases.

The featured speaker at the launch was Winsbert Quow, manager at the Solid Waste Management Unit of the Central Water and Sewerage Authority.

Quow congratulated the college on its work in fulfilling its environmental responsibility. He, however, admonished the organisers of the project that enforcement of regulatory policies regarding proper waste management is an all-important factor and failure to do this will hamper the efforts made.

Quow said that economic development should not come at the cost of environmental protection and conservation.

He cited Singapore’s development as a prime example of a small island whose economic prosperity did not come at the expense of environmental sustainability.

At the launch, the social partnership forged between the college and the National Parks was exhibited. Apart from the ten bins procured through the funding from the Australian Direct Aid Programme, the Director of National Parks, Andrew Wilson, handed over six heavy duty recycle bins as part of their commitment to the project and to the development of the South Coast area as a protected marine park.