PM says murder of cop and his brother ‘painful’ and ‘senseless’ 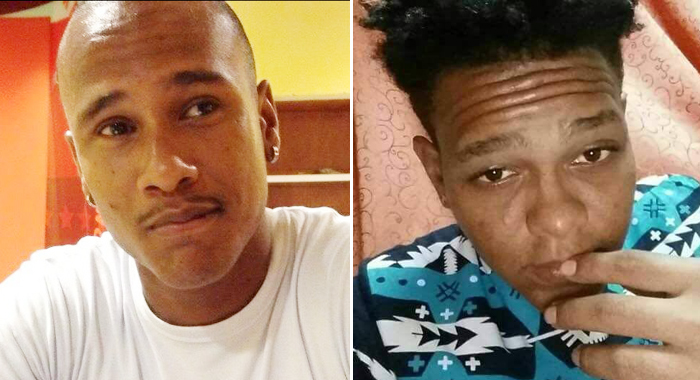 Prime Minister Ralph Gonsalves on Tuesday described as “painful” and “senseless” last Thursday’s murder of a police officer and his younger brother.

Police Constable Danroy Cozier, 26 of Mesopotamia and his 19-year-old brother, Nicholas Cozier, of Richmond Hill were found dead at Sion Hill Bay, east of the capital.

They both had multiple gunshot wounds and information suggests that they were killed elsewhere and their bodies dumped on the beach.

“The thing is so senseless, from the reports which I got,” Gonsalves, who is also Minister of National Security, said at a press conference in response to a request for comment.

He noted that persons have been charged in connection with the men’s murder, adding that he, therefore, cannot comment about the case.

On Monday, Schemel “Jacket” Dunbar, 29 of Rillan Hill — a man who has already beaten two murder charges — along with former police officer Richard “Karib” Francis, a 32-year-old van driver of Layou, and Kendine “Hoodie”/”Ants” Douglas, who is around 30 years old and from Rillan Hill, were charged with the murders.

The trio was also charged with one count of conspiracy to murder the older Cozier.

“Naturally, as Minister of National Security, I would have been given a report, but that report would be in broad terms, as the police see the matter…

“To see two young men get cut down like this is just so painful,” he said.

The prime minister said his government has to make sure that all the institutions of the state work, including the police to see that they have their case properly prepared.

Gonsalves said this is a matter that will be overseen by the Office of the Director of Public Prosecution, which he noted is an independent office under the Constitution.

“And we have to make sure that this matter comes up as quickly as possible,” he said, even as he admitted that there is a backlog of maters before the court.

“A mother has lost two children,” Gonsalves said, adding that he knows the family.

iWitness News understand that the brothers share the same father but have different mothers.

Gonsalves said he heard about the killings as he was on his way to Trinidad and he asked Deputy Prime Minister Sir Louis Straker to contact the family.

“I have to get in touch with them myself. I’ve tried.

“Sometime, you ask the question what can you do. These are two young men just cut down in the spring of their life.

“How can I answer you other than in this pained manner but also with a resolution that, in this particular case, I expect the prosecuting authorities to prepare their case very well, and, more generally, to continue the vigilance which we have been having with dealing with crime.”

Gonsalves, however, said that separate from the particular case, “no amount of proper policing could stop a wicked man or woman from wanting to kill another one”.

He pointed out that the nation has 800 police officers and they can’t be everywhere at the same time.

“Individuals act in a manner which is just evil. I mean, just taking somebody’s lives.

“My reaction, as you see, is both human and also, very much in relation to ensuring that we continue our work in trying to stamp out crime.”

Gonsalves said that while there are weaknesses, the police are doing “a pretty good job”.

“They are risking their lives and the number of guns they are picking up, and, as we know, compared to other countries, certainly this year, the homicide rate is far less in this country.”

Last week’s killings bring the homicide count in St. Vincent so far this year to nine, compared to 40 in all of 2016.

The prime minister, however, said the lower homicide rate is “not a balm to the mother who has lost her two children.

“The families of those who are also charged with the crime must be going through a period of anguish themselves. Terrible thing. Terrible, terrible thing,” Gonsalves said.

The accused men are due back in court on Nov. 27, 2017 for the commencement of a preliminary inquiry.