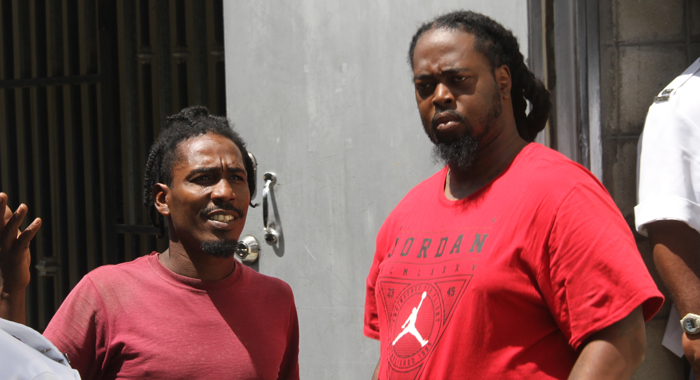 Two residents of Block 2000, Old Montrose return to court on May 22, 2017 for trial on gun and ammunition possession charges.

Junior Phillips and Jerandi Cromwell appeared before Chief Magistrate Rechanne Browne-Matthias at the Serious Offences Court in Kingstown on Wednesday.

They are charged that on May 8, 2017, at Vermont, they had in their possession one 9mm pistol without a license.

They are also charged that on the same date, at Vermont, they had in their possession nine rounds of 9mm ammunition without a licence.

Senior Prosecutor Adolphus Delplesche did not object to bail but asked for a sufficiency of surety, reporting conditions of at least once per week, and that the court order the accused men to surrender all travel documents.

The magistrate granted each defendant composite bail in the sum of EC$12,000 and ordered the men to report to the Central Police Station on Mondays and Thursdays between 6 a.m. and 6 p.m.

She further ordered that stop notices be placed at all ports of exit and that the men must obtain the permission of her court or the High Court to leave the country.