Lessons from St. Lucia and Grenada for AIA 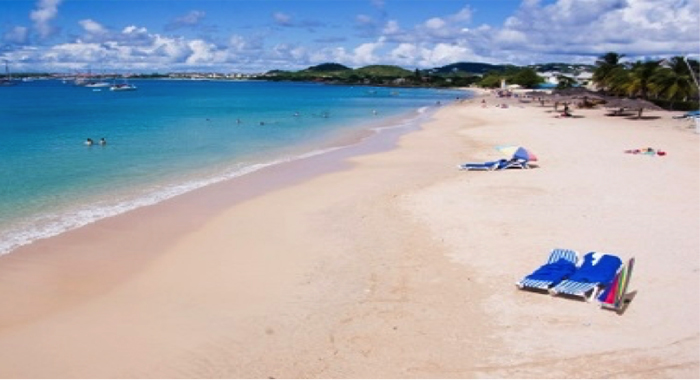 There is no better evidence that Argyle International Airport (AIA) on the island of St. Vincent (SVI) will fail to meet its visitor expectations because there was no compelling reason, apart from electoral politics, for the airport’s construction than a side-by-side comparison of international tourism and allied features with our two geographically closest neighbours, St. Lucia and Grenada. This is because the three islands share so much in common, while differing in a couple of critical areas, exactly what is needed for good comparative analysis.

Being roughly at the same latitude and longitude and separated by a few miles of ocean, being similar in size and population density (see Table 1), having a shared history of sugar plantation slavery under British Crown colony rule, and now possessing nearly identical systems of independent governance and a relatively free market economy, it would be hard to find three islands more suitable for comparison.

**Based on the same 17 percent landed cruise ship passengers as Barbados (see essay number 41 below).

Unlike our own AIA, built mainly by selling precious Crown land and borrowing EC$400 million from external sources, St. Lucia’s Hewanorra International Airport was largely financed on the back of a military airport built by the United States in 1941 to protect the island from German attack during World War II. The airport was handed over to St. Lucia in 1952, basically as a gift to the island. It became fully operational with a new control tower in the early 1970s, but did not see serious internationally scheduled flights until 10 years later when St. Lucia already had over 2,000 hotel rooms, or nearly three times our 750 room total, based on decades of increases in tourist traffic to the regional airport outside the capital of Castries (http://sundominica.com/articles/continuing-the-conversation-on-the-international-a-1750/ ).

Grenada’s Maurice Bishop International Airport, opened in 1984, received nearly all its funding from outside, first from the Cubans and then from the Americans who completed the airport after the country was liberated from its unelected and totalitarian communist regime. As in St. Lucia, it took some 10 years to see regularly scheduled international flights by which time Grenada already had over 1,000 hotel rooms, or 130 per cent above our 750-room mainland count.

In short, in both islands, visitor and accommodation increases grew hand in hand for decades despite the alleged “inconvenience” of the existing regional air transport system. The two international airports were built only to accommodate the growing volume of tourists drawn there by the quality and variety of their many attractions.

The lesson to be learned from this is the same one I have been relentlessly preaching for over two years: airports are built, enlarged, or renovated to address an actual or reasonably expected rise in the supply of passengers, not the reverse.

What then accounts for the large disparity in stopover tourist visitors between SVI and our two close neighbours? It cannot be the features in Table 1 we all share like climate, geology, topography, size, population density, or history; it cannot be because St. Lucia and Grenada have so many more hotel and other rooms than we do — these were built in response to past increases and reasonable prospects for future gains; it cannot be the many more attractions listed in Table 2 below because many of these were developed to complement the needs of the growing number of visitors who went there mainly for something else; its cannot be the stark differences in wealth represented by the per capita Gross Domestic Product figures because these are a result of mass tourism, not their cause; it cannot be the levels of unemployment because these are poorly correlated with visitor numbers; and it cannot be the presence of their international airports because they were built to accommodate steady increases in overseas guests.

Nevertheless, the answer to the question of what accounts for the huge disparity in stopover and other tourist visitors between these two islands and SVI also lies in Table 1 and is St. Lucia and Grenada’s many white sand beaches and other desirable attractions. (The stark tourist number differences between St. Lucia and Grenada reflect the finer beaches and larger number and variety of desirable supporting attractions on St. Lucia.)

These assertions are supported by Tripadvisor, the world’s largest travel site with more than 60 million members and over 170 million reviews and opinions of hotels, restaurants, attractions and other travel-related businesses, which lists the following “things to do” for these three islands (Table 2).

Table 2. “Things to do” according to tripadvisor

Both the key tourism related physical differences between the islands — facts of nature over which we have no control — and the way they have been developed, augmented, and promoted is also why proportionately more of our wealthy citizens have always travelled on holiday to our two neighbours than their citizens have travelled here to enjoy our mainland.

Given what I have repeatedly argued about our limited mainland tourism potential, an observation no better verified than by our stagnant or declining tourist numbers over the past 16 years in the three categories of stopovers, cruisers, and yachters (see essay number 49), why did we build an international airport on an island with one bogus white sand beach on a tiny stretch of Buccament Bay whose large resort (nearly 15 per cent of our mainland hotel capacity) is now shuttered, probably for good?

This is the 53rd in a series of essays on the AIA folly. My other AIA essays are listed below: