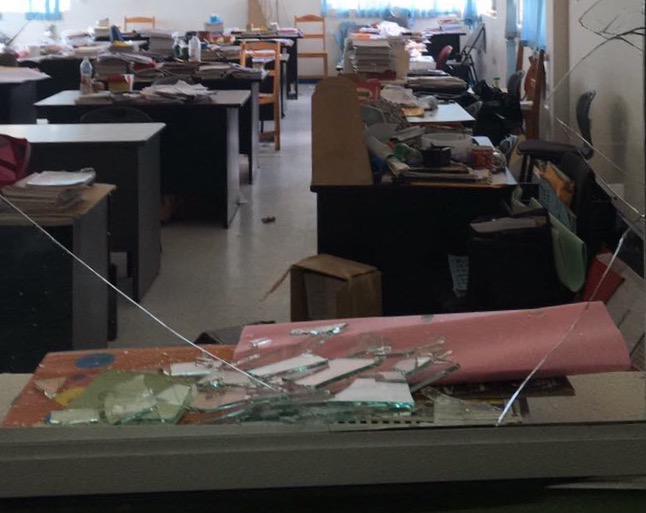 Police are investigating what has been described as “a major burglary” at West St. George Secondary School.

The crime is believed to have been committed Tuesday night.

On Wednesday, students at the school were asked to remain in their classroom as police and staff members tried to determine what was stolen.

One staff member told iWitness News that the windows in the staff room were shattered and the contents of the room scattered across the room.

The principal’s office was also vandalised.