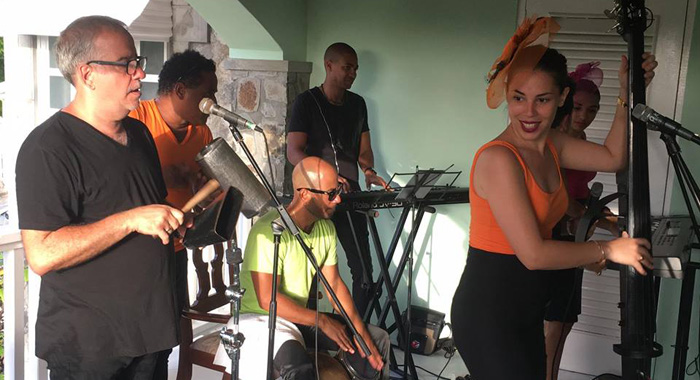 As St. Vincent and the Grenadines and Cuba mark 25 years of formal ties this week, President of the SVG-Cuba Friendship Society, Renwick Rose said that Vincentians can feel proud of the 40 years of contact between Kingstown and Havana, which began before the establishment of formal ties in 1992.

In a statement marking the anniversary, Rose, a social commentator and newspaper columnist, paid tribute to “the foresight and courage” of the administration of then James Mitchell New Democratic Party administration, which took the “bold step” in 1992 to establish formal ties between St. Vincent and the Grenadines and Cuba.

He said that before SVG’s historic move in 1992, only the “Big Four” –Jamaica, Barbados, Guyana and Trinidad and Tobago — who broke the diplomatic ice in 1972, Cuba’s neighbour, the Bahamas, and the revolutionary governments of Grenada and Suriname, both in 1979, had dared to defy the western “Iron Curtain” imposed to blockade Cuba and which kept most Caribbean nations in mortal fear of any such diplomatic step.

“SVG led the way for the rest of the Caribbean,” Rose said.

He said that given that context, and the steadfast refusal of the government that preceded the Mitchell administration, to even countenance any relations with Cuba, the courageous step of 1992 “must be fully applauded and appreciated”.

He said that Kingstown decision to establish formal ties with Havana opened the way for a fruitful development of state-to-state and people-to-people relations between SVG and Cuba on a transparent and mutually beneficial basis.

“It must be recalled that previous to this, it was the SVG-Cuba Friendship Society and the progressive political movement led by the United People’s Movement, its predecessors and successors, who had kept the links between the two countries alive. This resulted especially in the accession of many young Vincentian students to university scholarships in Cuba, a programme adopted by the Mitchell government and which continues up to today,” Rose said.

“The people of St. Vincent and the Grenadines can justly feel proud of our relations with Cuba over the last 40 years, predating even the 1992 formal diplomatic links.

“Our country has gained a formidable human resource capacity, the development of intellectual capital with training and formation provided by the Cuban state. In addition, there have been invaluable programmes in health with the VISION NOW project worthy of special mention, and the selfless provision of resources without which the building of the Argyle International programme would have been a pipe-dream, all testifying to the deep bonds of friendship,” Rose said.

He said that, in turn, successive Vincentian governments have resisted external pressures to try and isolate Cuba, have provided valuable political and diplomatic support, and, despite Kingstown’s meagre resources, have made contributions to disaster relief when Cuba has suffered in this regard.

“We must endeavour to build on this solid foundation of 25 years. Much more can be done in the way of cooperation in the fields of trade, agriculture, sport, tourism and culture to name a few. Our Society urges positive moves in this direction.

“As we mark this esteemed anniversary, we express our gratitude to the Government and people of Cuba, and our appreciation of the positive stand of successive Vincentian governments since 1992. We look forward to the deepening and strengthening of the unbreakable bonds of friendship between our two peoples,” Rose said.