IN PHOTOS: Members of family who lived in tent for 3 years 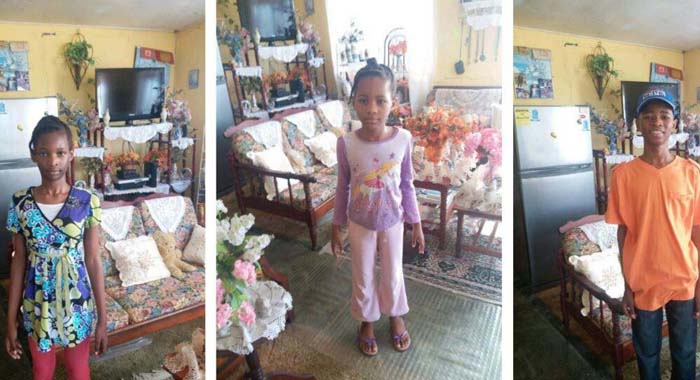 Otis Lockhart, the Vincentian-American man who, along with his American wife and their three children, lived in a tent in Bequia from 2013 to May 15th, 2017, on Saturday shared with iWitness News these photos of the members of his family.

Lockhart told iWitness News that his family has gotten “some much needed rest and quality time together.

“I am providing you with some family photos taken at my father’s house in Edinboro on Saturday, May 27th 2017. If you can publish these on your online newspaper, my family would greatly appreciate it,” the man said in a WhatsApp message.

The family’s lives were disrupted when a resident of Bequia told police that Lockhart was holding his wife and children against their will.

Mr. Lockhart was arrested and the other members of his family taken into custody of the state. His wife and children, however, told police that they were not being held against their will.

The family was reunited this week, but police say that their investigations continue.

U.S. officials are also said to be looking into the case.

Watch below our interview in which Lockhart explains why he and his family chose to live in a tent.

UPDATE: Amidst comments on social media about his intentions in sharing the photographs, Lockhart told iWitness News, “These pictures show that my family is happy with me and I love them. I love my family very much and we are happy together.”

He further said that his family will move back to the United States as soon as possible and that the children, who were being homeschooled, will enroll in “formal schooling”, beginning in September 2017.