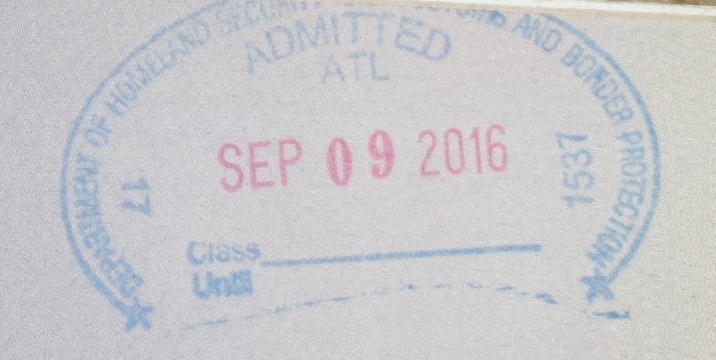 Almost 4 per cent of Vincentians who visited the United States for business or pleasure in the 2016 fiscal year overstayed the time they were given in the country.

The report provides data on departures and overstays, by country, for foreign visitors to the

The lawful admission period can be a fixed period, or based on completion of a certain activity, such as a student seeking a college degree.

The report shows that 362 Vincentians overstayed their time in the United States.

Of the 9,608 Vincentians who visited the United States on B1/B2 visas last year, 20 left the country after overstaying lawful period of admission.

However, the United States government says it has no record that a further 342 ever left the country, and has categorised them as suspected in-country overstays.

This figure gives SVG a Suspected In-Country Overstays rate of 3.56 per cent, while the total rate for the country was 3.77 per cent.

In 2016, however, there was a higher number of Vincentians — 29 — leaving the United States after staying longer than allowed.

There were, however, fewer suspected in-country overstays in 2015, when the total was 335, compared to 241 last year.

It says, for example, that a person may receive from U.S. Customs and Border Protection a six-month admission upon entry, and then he or she may subsequently receive from U.S. Citizenship and Immigration Services a six-month extension. Identifying extensions, changes, or adjustments of status is necessary to determine whether a person is truly an overstay, the report says.