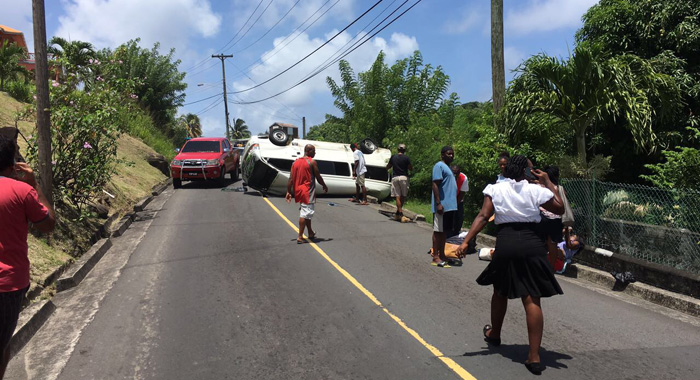 Persons make frantic phone calls and try to help the injured after the accident.

A number of persons were injured in an accident involving a minivan and a sports utility vehicle (SUV) shortly after noon Saturday in Ratho Mill.

A passenger in the minivan, H1363, said on Facebook that all of its occupants were taken to health care facilities for treatment.

A witness told iWitness News that the driver of the SUV, seemed to have suffered serious injuries to his leg.

He had to be lifted out the vehicle. 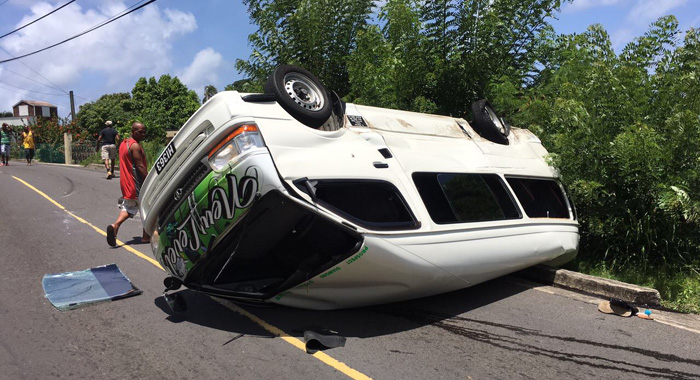 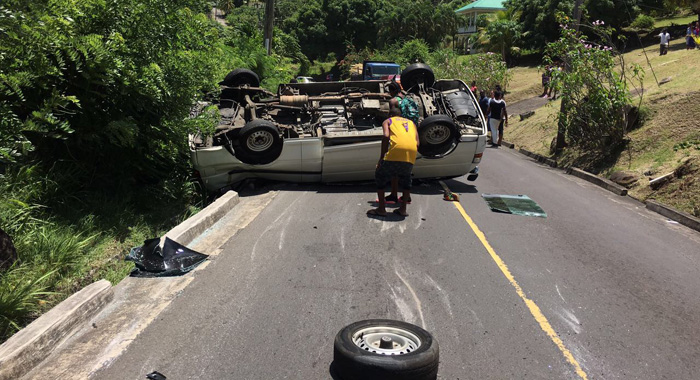 A short video of the accident scene sent to iWitness News shows a number of persons, apparently injured, lying on the street, and smoke emanating from the minivan, which had overturned.

The SUV came to stop after crashing into the curb at the side of the road.

One reply on “Multiple persons injured in accident in Ratho Mill”