Meet a cabinet minister who puts her meetings on the record 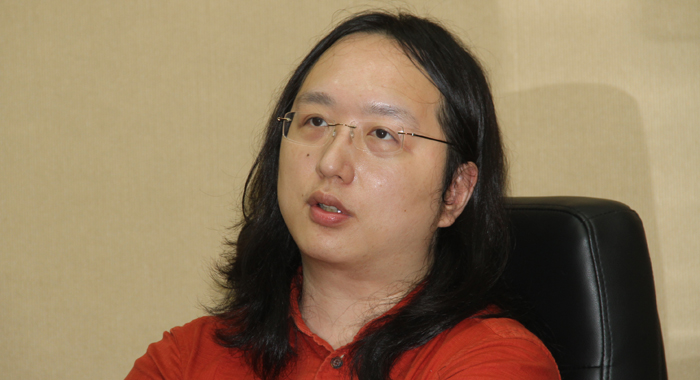 TAIPEI, Taiwan (iWN) – At a time when many persons the world over are clamouring for more open government, one Taiwanese cabinet minister has taken the concept of openness and transparency in government to a new level.

Audrey Tang, Taiwan’s “Digital Minister”, published online transcripts of all of her meetings.

Tang, a 36-year-old software developer who had quit school at age 14 but went on to work in Silicon Valley, is a minister without portfolio in Taiwan’s cabinet.

She entered politics via the Sunflower Movement.

The Sunflower Movement began on March 18, 2014 when students, civic groups and other civil society activists occupied the Legislature in protest at the then-ruling Kuomintang administration’s plans to push through a cross-strait trade and services pact, according to The China Post.

“I think this is also a kind of an ephemeral position because, maybe 20 years from now, all the ministers will be digital. Maybe we’ll reserve an analogue minister for the people who are not digital yet,” she says, laughing.

“… there is this website, pdis.tw, where I publish all my interviews and meetings, and including this one, with you folks, but with, of course, people having the capability to edit for typos, or whatever, for 10 days after the fact. Literally, everything that I do, I chair here, is on record,” she explained ahead of a one-hour discussion.

The 2014 Sunflower Movement that brought Tang to politics began when there was “a vacancy in the parliament where the MPs refused to deliver a trade service agreement, and the students occupied it, literally, for 22 days,” Tang said.

The students were not just protesting, but were demonstrating how “to talk about trade service agreements with people; half a million people on the street”.

“My role then was working with g0v people as one of the hundreds of civic hackers, meaning that we built the intranet, the network lines that connect these sites together. Then we also built an extranet, that is to say, the g0v today website that makes sure that whatever is being deliberated on any of those sites gets transcribed, and broadcast, and live streamed so that the facts spread faster than rumours.”

“Civic hackers” consider themselves akin to locksmiths — using specialised skills to help rather than harm.

In Taiwan, government websites end in gov.tw. However, alternate websites where the “o” is replaced with a “0” (zero) have also been created.

“So that for whatever website that you don’t like, you just replace the ‘o’ to a zero and you get into this shadow government website that offers the same data and the same information, just in a more interactive and more useful way,” Tang said.

This very fact that information communication technology is “making it possible for people with very different standings to listen to each other and converge on something is a public demonstration to Taiwan that this methodology, although very expensive, actually works”.

The Democratic Progressive Party of Tsai Ing-wen began her presidential term in May 2016 and Tang was invited to join the Taiwan Executive Yuan as a minister without portfolio, and took up the job on Oct. 1.

Tang said that for “g0v” to work, “we often just relinquish our copyright completely.

Tang said that her work in the administration, so far, is to make the platforms work “but in a less expensive way, and so that we can do it for more regulations, not just for all the regulations when you have a million on the street. That’s obviously not at the scale that we want, but we do want to involve more people.”

The joint website is frequented by millions of people, the vast majority of whom are people under 35 who want to participate “in this kind of online consultation and deliberation platform”.

Tang explained that for people who are more established, such as heads of associations, there are other channels for them to engage in politics — “to work with MPs, to work with media, and so on, to set their own agenda”.

But for people who are younger than her, Tang said they often don’t have access to this kind of channel, or at least not an agenda-setting power level access.

“For them, this kind of e-petition, e-consultation, and so on are actually much more viable than the MPs or the media, which they have very little power to set the agenda of.”

“… I actually am barred, by my own volition, to enter any national security discussions or to touch any confidential material. If there is [a] national security issue, as you mentioned, I wouldn’t know, because, by default, anything that I hear, anything I see, is FOIA (Freedom of Information Act) compatible. I can actually publish it online without checking with the Premier or anyone else,” Tang explained.

She said that this means that she doesn’t actually have access to national security matters “because, by law, if I do have access, then everything that I output needs to be subject to security review, which I wouldn’t want.”

Tang, however, sees her position as a digital minister without portfolio as transitional.

Before her, there was a minister without portfolio — a “so’-called cyberspace minister”, in charge of cyber law and related matters.

“This is, whatever it’s called, there’s one role in the minister without portfolio level in charge of digital or cyber space or Internet related affairs. Whether it’s useful or not, I think it is kind of useful as what we call pre-figurative politics way. The whole idea of pre-figurative politics is to be the change we want to see in the world, but on a smaller scale.

“I run my meetings like this. I run my websites like this. I do radical transparency knowing that, of course, it’s impossible to ask every ministry, every level in Taiwan to do this in five months. It’s just not possible.

“By showing people that it actually reduces costs, both in time and also in people involved, also, it’s fun, right, you make this much participatory. Also that is effective. It removes the fear of the public servants of the unknown,” she said.

Tang is the first transgender official in Taiwan’s Cabinet.