Anger as Vincentian cricketer is left out of Windies squad 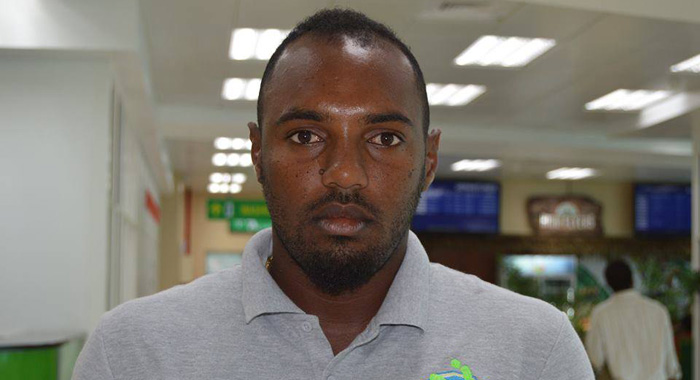 Cricket fans in St. Vincent and the Grenadines and their fellowmen in other parts of the Caribbean and beyond are confused, dismayed and angry over what they have termed as apparent bias against batsmen Sunil Ambris, by the Courtney Browne-led West Indies selection panel.

Ambris, a fluent right-handed batsman, was among the leading performers in the 2017 regional Super50 competition with 423 runs — the fourth highest in the competition — for the Windwards Volcanoes with six half centuries at an average of 70. However, while the first three above him, as well as others below him, were called up by the regional selectors for the Pakistan and Afghanistan tours that followed immediately after the Super50 tournament, Ambris was ignored by the selectors.

In an attempt to cover his obvious bias, Browne, a former West Indies wicketkeeper, whose woeful international performance is spoken about as one of chronic incompetence and ineptness, suggested that Ambris “could not expect to just walk into the West Indies team”, a comment considered out of place by many fans across the cricket world.

However, while overlooking Ambris, the Browne-led panel gave an ODI debut to Roston Chase who, like Browne, hails from Barbados. Chase, who has been one of the leading lights at the test level, sadly failed badly in his ODI outings. But even these failures and other below par performances by others could not convince the former international “catch dropper” to give the young Vincentian a chance to display his talent.

The selectors later named Ambris in the squad for the last three matches in the five match series against India who followed Pakistan and Afghanistan to the Caribbean. But despite the team doing badly, captain Jason Holder, another Barbadian, saw Ambris as surplus to requirement and kept him on the bench for all three matches.

While disappointed at not seeing Ambris being given his chance in the ODI’s, many of his countrymen and others with knowledge of the game, were confident that after his performance in the PCL that he would be a certainty for the test tour of England.

In the 2017 regional four-day competition, he scored more than 600 runs, including a record 231 at an average of just under 44.00. The 231 made against the Leewards Islands Hurricanes was the highest individual score by a Windwards batsman in regional cricket, but fell just short of Irvin Shillingford’s 238 — the Windwards overall record — made in 1977 against the Leewards.

But much to the dismay of many, the Vincentian batting protégé was not named in the squad which sees the inclusion of two uncapped players, in opening batsman Kyle Hope and left-handed all-rounder Raymon Reifer, both Barbadians.

The selectors also persisted with young Guyanese left-hander Shimron Hetmyer whose test debut against Pakistan saw him looking woefully out of depth in getting 96 runs in six innings with a highest score of 25 at an average of 16.00. While some fans and commentators believe that the player who led the West Indies to the ICC U19 World Cup last year (2016) can develop into a precocious batting talent, is being hurried into the international arena while still finding his feet at the first class level. This being the case the conclusion is that Ambris should be the one heading to the UK in the Bajan-heavy team.

Last weekend, Vincentians vented their anger over the treatment on call-in programmes and expressed the view that Ambris’ exclusion was simply down to him being from “the small islands” since, according to them, his performance during the Super50 and PCL was on par with and, in some cases, even better than some who were selected ahead of him.

In fact, some have equated the treatment of Ambris to that of his countryman Winston Davis, the fastbowler of the 1980s who despite being the leading bowler in the region and one of the fastest at the time, was overlooked for the pedestrian Barbadian Milton Small for a similar tour of England. The reason given at the time was that lesser talented Small “was better with the old ball”.

It may have been seen as poetic justice when Small was forced out of the tour by injury resulting in Davis being called up as a replacement. While he did not set the world on fire with the ball, save for breaking the hand of England’s Paul Terry, he scored an obdurate 77 after being sent in as night watchman at Old Trafford in helping West Indies reach 500.

Despite being a world rated speedster Davis was only able to play 15 Tests (45 wickets) and 35 ODIs (39 wickets) for the West Indies.

Some who wish to remain the consummate diplomat have pointed to the length of time batting maestro Brian Lara remained on the bench with the West Indies before breaking into the team. However, those who are arguing Ambris’ case point to the fact that Lara was selected in the squad but could not get into the team because of the class of the players he had to compete with for a place. And they believe that this is not the case with Ambris since, in their opinion, many of the players in the current team are not consistent performers and man to man are not better players than the Vincentian.

Those querying Ambris’ omission are calling on the SVG Cricket Association to lend a voice to the player’s cause in what they see as a case of blatant discrimination against another Vincentian cricketer to add to those against Davis and wicketkeeper Mike Findlay.

Findlay, rated by many as the best wicketkeeper in the region for many years, was only able manage 10 test matches in 10 years as the less competent pretenders as Desmond Lewis, Dyreck Murray and David Murray were given the nod owing to what was deemed their superior batting acumen.

The squad to England sees the return of Barbados fast bowler Kemar Roach who has struggled over the last few years with injuries and confidence.

“Kemar’s return is welcomed as he was one of the best fast bowlers in Tests in the recent past for us. We have seen him during the last Digicel R4Day season show signs of his return to form. He may not be bowling as quickly as before, but still possesses that skill we all knew he had, plus his experience adds greater depth to the attack,” chairman of selectors Browne said in regards to Roach’s selection.

Browne, speaking about the team, which includes nine Barbadians, said: “The core group of this squad has been playing together from the Test series against India last year in the Caribbean. The group is developing nicely and we are already seeing some good signs from some individual players and the team as a whole. Our bowling again has shown that hard work and consistency will bring success. This bowling group has played around 10 Test matches consecutively and quite a number of ODIs together over the last year, and they had success which augurs well for their continued development.

“We have two players who will be new to Tests, but they have experience at first-class level having played in the expanded Digicel Regional 4-Day Tournament. Kyle will be our third option as opener and he can also be a possible No 3. Raymon adds variety to our attack with his left-arm swing bowling and has proven to be very useful with the bat in the lower order. He, therefore, adds value to our team and could be very useful in English conditions. The reformatted Digicel R4Day has borne fruit over the last few years and the CWI is pushing ahead to continuously improve the competition”.

The tour will feature the first ever day/night Test in England from August 18 to 22 at Edgbaston. The second match will be at Headingley (Aug. 25 to 29) with the third at Lord’s (Sept. 7 to 11).