Amidst complaints about hospital, health officials brag about ‘state-of-the-art morgue’ 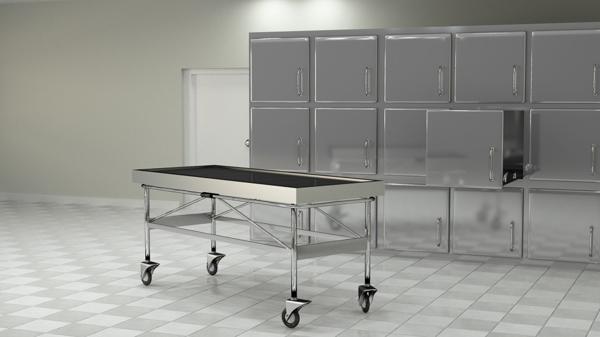 Amidst increased focus on the quality of healthcare provided at the Milton Cato Memorial Hospital (MCMH), two senior health officials took to radio on Monday and bragged, among other things, about its “state-of-the-art morgue”.

The two, Grace Walters, administrator at MCMH, and Audrey Gittens-Gilkes, director of special projects in the Ministry of Health, Wellness and the Environment were speaking on Star FM.

Star FM is owned by the ruling Unity Labour Party, which Gittens-Gilkes, in contravention of the civil service rules, represented at a meeting with election officials in 2015.

A caller to the programme, which was hosted by Gittens-Gilkes and on which Walters was a guest, said that the hospital should let the relatives of deceased patients pay their hospital bill before their bodies are released.

Walters, in response, said that there is a myth that the hospital does not release bodies to relatives until patients’ hospital bills are paid.

“But that is — not only is it physically impossible to do because our morgue do (sic) not have the capacity to hold that many bodies — 500 and so. We can’t hold that much people, that much bodies at our morgue.”

Gittens-Gilkes added, “And by the way, this is just by the side, we just have a brand new morgue, eh.”

Walters said that this is the case, adding, “our morgue was refurbished.

“We’ve purchased new coolers to — well, let me just let persons, let listeners know the coolers. You know when you are watching a movie and you see inside a morgue and you see they pull out the cooler, those are the ones we have.”

“We are getting there slowly,” Walters commented.

“In comparisons to what we had before. I tell you,” said Gittens-Gilkes, who was Chief Nursing Officer from 2006 to 2013.

Walters said it is not possible for the hospital to have too many bodies at its morgue.

“In fact, in 2016, we, still from that year, we still have an outstanding amount of EC$152,835 from persons who are deceased but their relatives would have the responsibility.”

During the programme, Walters said that the user fee that is in place to help the government recoup some of the cost of providing healthcare is “flawed and it is inadequate.

“I know that times are hard on everyone but times are hard everywhere and it’s very difficult to manage the health system on the monies that we – we really don’t collect enough to put back into the system to sustain healthcare as it stands now.”

She said she is not sure if anything will change but the user fee system is “grossly inadequate”.

The hospital administrator said that in 2016, the hospital collected 9 per cent of the total amount that it should have.

Of that amount EC$521,214, meaning monies that is to go back to patients who should not have been billed or for services because the law exempts them, including persons under the age of 16 and indigent persons over the age of 60, and certain categories of public service workers.

“You just gave me a toothache instantly,” Gittens-Gilkes commented.

Some persons have criticised the public officials of using such a partisan forum to address such a critical national issue.

6 replies on “Amidst complaints about hospital, health officials brag about ‘state-of-the-art morgue’”