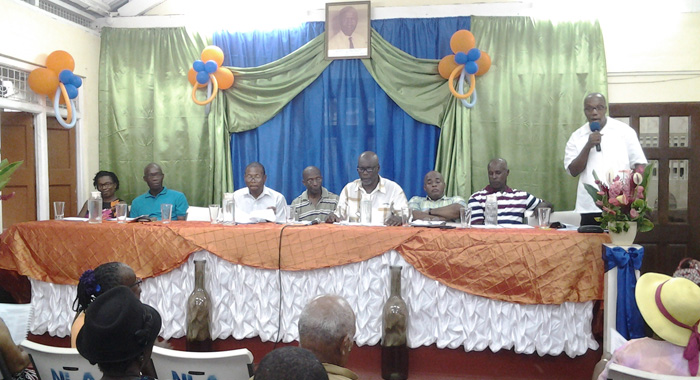 Burnett speaks at the meeting on Sunday.

Magistrate Rickie Burnett was on Sunday re-elected as the president of the Marriaqua United Friendly Society, popularly known as Bunpan.

Burnett was elected head of the board of directors to run the affairs of the burial society during its annual meeting on Sunday, Sept. 24.

The meeting also approved the auditor’s report and financial statements, and the board of director’s report.

The membership also ratified new by-laws to give effect to guidelines issued by the Financial Services Authority the regulatory body of friendly societies in St. Vincent and the Grenadines.