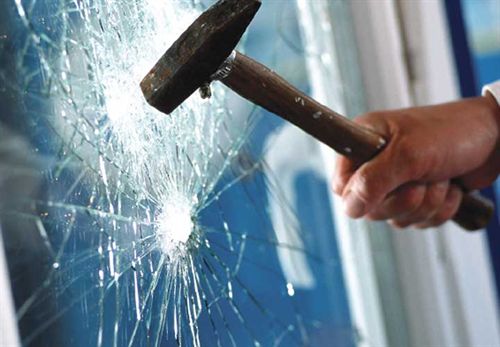 Two 17-year-old students from Union Island were, on Monday, granted EC$2,500 bail each and placed on a 5 p.m. to 6 a.m. curfew in relation to a burglary charge.

The students were jointly charged along with Cordell Jacobs, also of Union Island that between Sept. 20 and 21, 2017, they entered the dwelling home of Collis Ambrose of Union Island and stole a quantity of food items valued at EC$637.

When they appeared before Chief Magistrate Rechanne Browne-Matthias at the Serious Offences Court in Kingstown on Monday, one of the students pleaded guilty to the charge, while his co-accused maintained their innocence.

Senior Prosecutor Adolphus Delplesche told the court that the Crown accepted the guilty plea, but also made an application for the reading of the facts and the sentencing to be adjourned, saying that the prosecution will proceed against the other accused men.

Delplesche said that the investigator is concerned that if Jacobs is granted bail at this time, he could hinder the progress of the investigation.

He, however, noted that the Crown cannot maintain its objection forever, adding that the prosecution was asking for seven days in the first instance and should there be no progress in the investigation, he would not ask for any additional time.

“We have the good sergeant,” the chief magistrate commented, referring to the investigator, Sergeant Brenton Smith.

Delplesche said that is why he had spoken so confidently during his submissions to the court.

The senior prosecutor further asked that the two students be released into the custody of their parents, adding that the Crown was also requesting one surety each, and a curfew as part of their bail.

But defence counsel, Roderick Jones, who is representing all three accused, told the court that Jacobs has a constitutional right to freedom, which ought not to be trampled upon without reason.

He said there are ways to prevent the accused man from hampering the investigation, and suggested a no-contact order.

But Delplesche responded that a no-contact order is not applicable in a burglary investigation.

Jones, however, contended that an ongoing investigation is not a good reason to deny bail.

The magistrate told the court that she had noted the interaction between the adult and the student who pleaded guilty while they were waiting to be arraigned.

“It didn’t miss me,” she said, with Delplesche pitching in, “We know what is going on.”

In response to Jones’ comment about the ease with which Delplesche had objected to bail, the prosecutor, in his usual jovial but rather taunting style, pointed out to the defence counsel that he had used “skill and not ease”.

He further noted that in law, an ongoing investigation is a ground on which to deny bail.

“So it is not that I pulled one out the hat: It is one I pulled from the book,” Delplesche said.

In outlining the bail conditions, the magistrate chided the two students, telling them that at their age they should be on their way to university, rather than in Forms 3 and 4, as they are currently.

One of the students objected to the curfew, telling the court that he goes fishing at night to help to maintain himself.

But the magistrate told him that that is not his duty, adding that while he might want to help, it is his parents’ responsibility to take care of him.

Interestingly, while the students were placed on a 5 p.m. to 6 a.m. curfew, they were ordered to report to police in Union Island between 6 a.m. and 6 p.m. on Mondays and Thursdays until the matter is disposed of.

They were also ordered to surrender their travel documents and to seek the permission of the court to leave the country.

Jacobs’ bail will be reviewed on Oct. 2.

The matter was transferred to the Union Island Magistrate’s Court for hearing on Oct. 19.

Both students were bailed by their mothers.