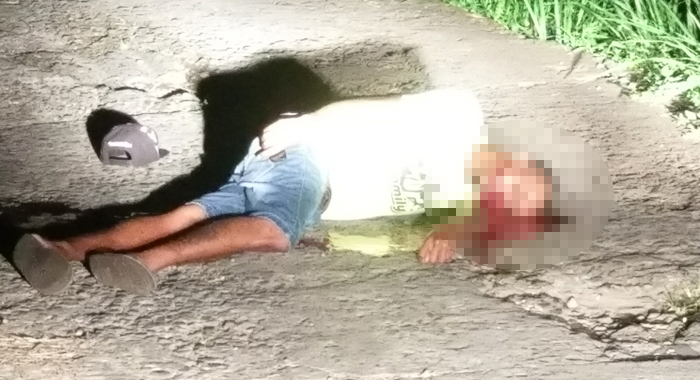 Kenrick “Lamar” Scott fell to a bullet to the head in Campden Park Tuesday night.

iWitness News understands that detectives were pursuing a theory that Snaky was killed as part of a feud involving, among others, Irone Bascombe, who was murdered in Vermont on Sept. 25.

The theory, as iWitness News understands it, is that Bascombe was involved in Snaky’s murder and Grindy had murdered Bascombe — one day before Grindy’s own murder — to avenge his brother’s death as part of a pledge to kill everyone he felt was involved.

So when Grindy was killed in a hail of bullets in Kingstown, some persons felt that he had no one to avenge his death and the tit-for-tat killing had come to an end.

But the execution-style killing of 34-year-old Kenrick “Lamar” Scott, in Campden Park Tuesday night, Oct. 3, has opened up new questions as police attempt to devise an effective response.

In the meantime, the number of killings that St. Vincent and the Grenadines has recorded since Sept. 1 has reached 12 — guns being the weapon in eight of them.

With 88 days left in 2017, the latest killing has brought the homicide count for the year to 33 — seven shy of last year’s record-breaking 40.

iWitness News understands that Scott was a close friend of Grindy’s and police are said to be trying to understand whether Tuesday’s killing was in any way connected to that relationship.

Scott, however, was also known to police. He was killed while on bail on two counts of aggravated burglary and 17 counts of theft.