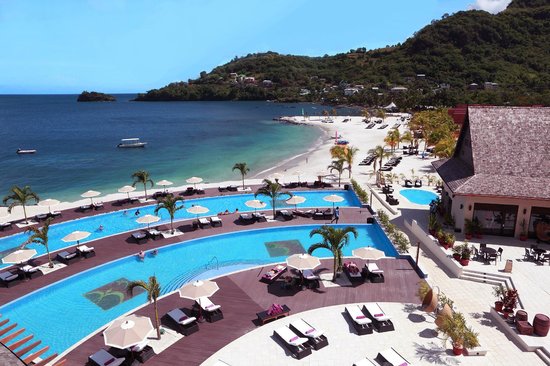 The Buccament Bay Resort could reopen in early 2018, after a full year of closure, Minister of Tourism Cecil “Ces” McKie told parliament on Thursday in response to a question submitted by opposition Leader Godwin Friday.

The resort, which began operating in 2011, closed in December 2016 after its electricity was disconnected.

The state-owned power company severed the resort’s connection over non-payment amidst weeks of protest by workers over the non-payment of wages and complaints by guests about the declining quality of the service.

After the closure of the resort, Dave Ames, a British born businessman who is a naturalized Vincentian, and the main person associated with the resort, fled St. Vincent and the Grenadines as the government moved against him on tax evasion charges.

The question submitted by Friday last week said that the resort was built amidst promises by the government of jobs for the Vincentian people and a boost for the tourism industry.

The opposition leader wanted the Minister of Tourism, Cecil “Ces” McKie to “report on the status of this large and therefore important tourism facility, including plans, if any, for its reorganisation or sale and the prospects and timeline for its reopening”.

McKie told Parliament that when it was operating, the resort had

80 per cent occupancy right up to its closure, the loss of which has impacted negatively on the tourism sector, particularly from the United Kingdom.

“Mr. Speaker, it is also public knowledge that the facility is in the hands of the trustee in bankruptcy. As I understand it, the trustee has received various submissions of interest. This is an on-going process and the court would have to give approval to the entity which would eventually operate the facility,” McKie said.

He told Parliament that the government receives reports on an ongoing basis and is thereby kept up to date at all times.

“We have been advised the doors should be reopened and operations should commence early 2018,” McKie said.