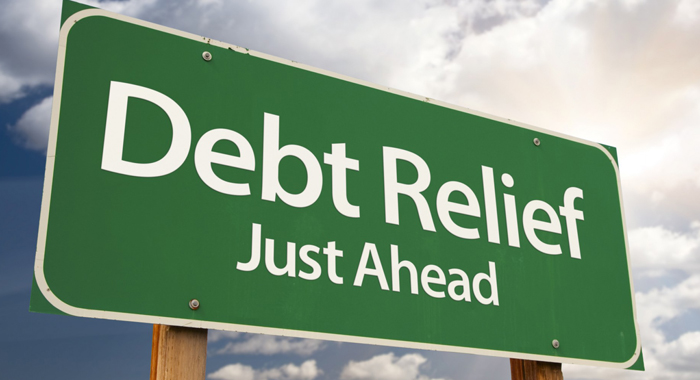 The government of St. Vincent and the Grenadines says it expecting to receive debt relief soon, which would take the debt to GDP ratio down 10 percentage points, to where it was five years ago.

Prime Minister Ralph Gonsalves made the announcement in Parliament on Thursday as he responded to a question from opposition lawmaker, Arnhim Eustace.

Eustace, who is member of Parliament for East Kingstown, asked Gonsalves to say what is the current debt to GDP ratio and that of the past five years.

“The public debt, from January to now, naturally, it would have gone up a little but the GDP at market price would also have gone up much more and the percentage, the difference between them would be better than the actual global number which I present for the end of 2016, which means that we are moving in the right direction. But then again, these are provisional numbers and estimates. But I give an indication,” said Gonsalves, who is also Minister of Finance.

“Mr. Speaker, I’ve been seeking to have debt relief for St. Vincent and the Grenadines, as is well known, over the years. For instance, we secured debt relief under the Commonwealth Debt Initiative from the British government department for International Development in relation to a debt left by the previous administration.

The prime minister said there have been “small bits and pieces” of debt relief since then, but said that in June, his government secured EC$180 million in debt relief amounting to about 10 per cent of GDP.

“The instrument has been signed by the relevant authority in that country. I’ve been informed of it but we haven’t received the instrument yet but those items of the debt we will not be paying on, so that will be reducing it to the extent that I have indicated.”

Gonsalves said he has repeatedly stated that his government has a debt management strategy.

“And we are refining it and developing it all the time,” he said, adding that last Wednesday he had discussions with teams from the World Bank team and the Ministry of Economic Development.

A team from the Ministry of Finance and Planning will go to Washington this week to visit the World Bank and International Monetary Fund,” Gonsalves said.

“But I was talking to the World Bank yesterday because we have International Development Association 2018 — US$66.6 over the three year period.

“These are 40-year monies, half of one percentage point, three-quarters of one percentage point and of that money, we want to earmark about $20 million of it towards the new port, the modern port we want to build,” he said, adding that the government has EC$40 million from the British Government and is working with the CDB for the other $40 million.

“But part of the remaining money of the 46.5 million, I am thinking in terms of maybe 20 million, 25 million to put towards one or two items in the public debt and it may be a mix — either pay off some or to use them for capital expenditure purposes, rather than incur debt at higher rates of interest.

“In any event, it would be a debt reduction measure,” Gonsalves said.

The prime minister said there is another “bundle of debt” that he is seeking debt relief on.

‘The truth is , as those who have been in this business, you know, when you’re seeking debt relief, it doesn’t happen now for now — six months lead time, eight months lead time, a year lead time. And even though someone at the executive level would tell you yes, it has to percolate down through the system and come up back.”

He said the Argyle International Airport, while it is an asset, has “inched” the debt to GDP up.

“But some of that, we are getting off in this restructuring I am talking about. But an area where we have been accumulating significant amount of debt is relating to natural disasters. At the moment, about 15 per cent, certainly, in excess of 15 per cent of the debt portfolio for the central government is in the area of natural disasters and in order to build our resilience, that is going to happen.”

He said his government is in discussions about using part of the $46.6 million toward resilience