Hoping this email reaches someone who gives a damn 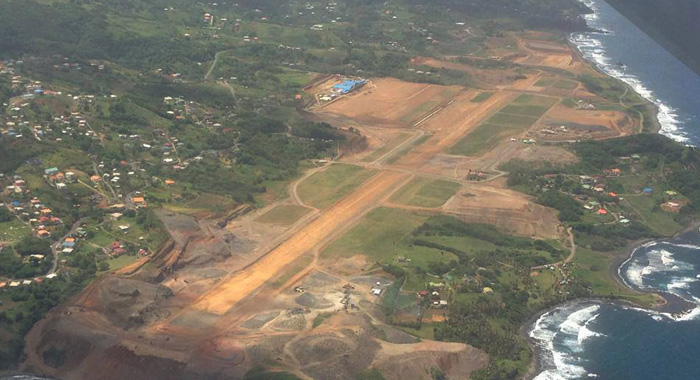 All of the land on which AIA is built was privately owned.

I am a Vincentian, and I want to feel proud of my island and it’s people, including the government. How is this possible when the government is cheating the landowners of Argyle that have had their land compulsorily “purchased” by the IADC? My understanding is that there is a list of more than 60 people still waiting for money that is rightfully theirs, including my family.

Why is it thought to be OK to take people’s land and years later still not pay them for it (at least nine years in our case)?  This whole enterprise is built on bad and underhand practices.  It is tantamount to theft and is outrageous!

For a lot of people, their land is their only asset, and the least the government can do is to make sure they are fully compensated.  The rates the government is proposing to pay are less than half what the land is worth anyway!  Another outrage!

In a recent report (iWitness News, Gonsalves is quoted as saying “Because not one square foot of land here was owned by the Government.  So, every bit of land that we bought, we had to pay for it“.  He said there is only one homeowner who hasn’t been paid, because he and the government could not agree on a price…  WHAT ABOUT THE REMAINING 60 LANDOWNERS!!!!

The IADC has now been “wrapped up” and no one even gives a pretense at giving a damn or keeping people informed about their confiscated property.  Tyrone (copied here) is the only one who tried his best to field all of our questions over the years, but he was ultimately powerless to bring about a good conclusion for us.

The least the government can do is pay the people!  It is our property that is making this whole airport venture possible!

Treat the people right and pay us what we are owed!