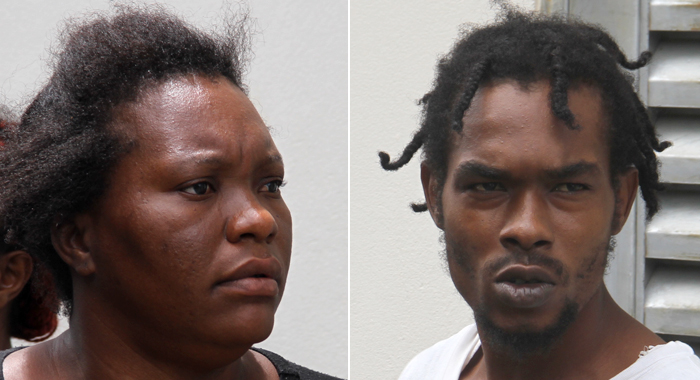 A man and woman duo will know their fate on Tuesday in connection with charges of possession of ammunition and an imitation firearm.

On Sunday, Romarion Bynoe, 21, unemployed of Argyle and Gailene Simon, 30, unemployed of Victoria Village, were arrested and jointly charged with having in their possession (i) two rounds of 9mm ammunition, (ii) three rounds of 5.56mm prohibited ammunition without a license issued under the Firearms Act and (iii) had in their possession an offensive weapon, an imitation firearm, at Victoria Village.

Bynoe pleaded guilty to all charges, while Simon maintained her innocence when they appeared before Chief Magistrate Rechanne Browne-Matthias at the Serious Offences Court on Monday.

However, Senior Prosecutor Adolphus Delplesche asked for an adjournment in the matter until tomorrow, Tuesday.