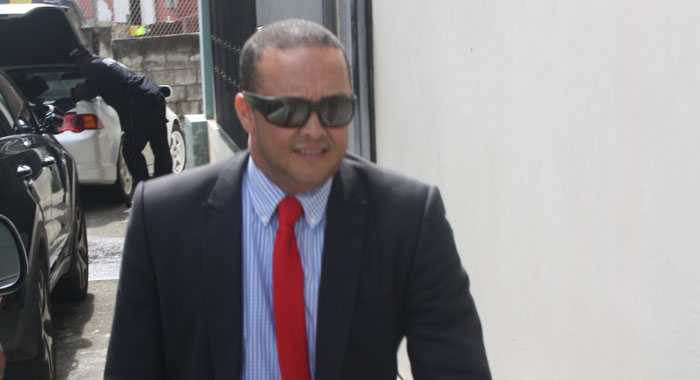 Lawyer Grant Connell this week lashed out at prosecutors and politicians calling them hypocrites as the debate on decriminalisation of marijuana deepens.

Connell, an advocate for marijuana decriminalisation, vented his feelings on Tuesday when two of his clients, Grenadian Ronald Thomas and Vincentian Reynold Humphrey, appeared before the Kingstown Magistrate Court charged with possession, attempted exportation and trafficking of 169,542 grammes (373 pounds) of cannabis.

The Grenadian pleaded guilty to all three charges while the Vincentian pleaded not guilty.

Following the pleads, the prosecutor, Inspector of Police Elgin Richards, asked Magistrate Bertie Pompey to adjourn the matter and transfer it to the Serious Offences Court for sentencing of Thomas.

Connell suggested that a go-fast boat seized in the interception of the drug, could be forfeited and used by the local coast guard service to help fight crime. He also suggested that the value of the boat, $40,000 could go toward a fine that could be imposed on the Grenadian who captained the boat.

On the issue of bail for the Vincentian, the prosecutor said he was not objecting but asked for sufficiency of surety, stop orders at ports of entry and exit, the surrender of travel documents and reporting conditions. He also said that he was making an application for confiscation of the boat.

Connell contended that there was no document before the Court that his clients were charged under the Proceeds Of Crime Act.

Magistrate Pompey set bail at $20,000 for Humphrey and the prosecutor rose, as if to ask a question.

“When it comes to marijuana, like all prosecutors want to take the Pontius Pilate approach, your honour? We have to take off these barriers when come to marijuana.

“The prosecutor is taking the Pontius Pilate approach — he is washing his hands. They haven’t killed anybody,” Connell said of his clients.

Connell said it is strange that a person could commit manslaughter and be placed on a bond.

“At this rate, it seems as though marijuana is worth more than a life. You can take a life, you get less than if you get caught with compressed bush that is all over our hills.

“This is a one [per] month occasion. Every month somebody gets caught with a few hundred pounds of marijuana. When every magistrate, judge goes to their grave, marijuana will still grow in St Vincent. So, why take this approach as prosecutor? These hypocrites — they are hypocrites you know. They see it growing and they want to punish their own Vincentian black man. I don’t understand! It gets me wrathed (vex) sometimes. You want to punish a Grenadian. He told the police times hard, so they doing that.

Responding to the prosecutor’s reaction to the magistrate’s announced $20,000 bail, Connell chanted the prosecutor:: “Twenty thousand dollars bail, no that ain’t enough. Lock him up.”

As the prosecutor tried to indicate that he was not trying to be harsh on the Vincentian defendant, Connell replied: “Yeah, but you stand up. So, why you stand up?”

Humphrey was released on bail Wednesday when he appeared before the Serious Offences Court.

When Thomas appeared before the Serious Offences Court Thursday morning, he was sentenced to 16 months in prison for the possession charge, 20 months for attempted exportation, and 28 months on the trafficking charge.

The sentences are to run concurrently.