Talk is Cheap: The Blithe Privilege of Power 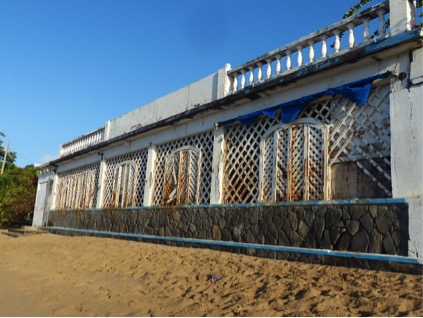 Minister Gonsalves the Younger recently announced that the government is going into the hotel business. Lord, have mercy; please. Are these people delusional? Are they unaware of reality or merely indifferent to it? Didn’t recent history teach them anything? Did they not learn from their expedition into the private enterprise field? Seems not. I am talking about their restless venture into the supermarket business where political enmity was its prime commodity and not food.

But you done know, when they get something in their head there’s no taking it out because it is not their money they are spending. So, if is hotel they want, is hotel they go get. Righteo then, I have just the place for them – with a ready-to-go, broken-in building. An ex-hotel, to boot. Watch.

The sixty-four-thousand-dollar question that should stick out like a sore thumb, but evidently doesn’t, is why would the government go into the hotel business? Would they not be competing with the investors they are trying to woo; licensor and licensee vying for the same spotty tourist market?

Young Gonsalves told the Katara Hospitality, formerly Qatar National Hotels Litd., “that the mandate of the government, is to build its own 250-room hotel while trying to attract foreign investors to build a hotel.” That is head-on competition, surely. Would you compete against this government? Okay, so they failed in their supermarket venture to run the private supermarketers out of the food business but the margins in the tourist business are tighter and they might not fail to run their competitors out. So why take the chance? If I was a budding foreign hotel investor, I’d take a pass. And if I was a local hotelier, I’d be shaking in my boots.

Didn’t his father complain about that sort of thing when the shoe was on the other foot? He did, too. He complained bitterly about the state-owned Caribbean Airlines, with its subsidized fuel prices, competing unfairly against poor little LIAT. And what exactly is the government doing with the Ju-C building? Not competing against private enterprise, renting space? Tell me, nuh.

The eyesore above was formerly the Indian Bay Beach Hotel. It has been lying in that state for a great number of many years. What you are seeing is not only a picture in real time, it is also a picture of what it would look like down the road, if the government took it over and rebuilt it from scratch. Renovations, then, would be a waste of time. Alas, without renovations, there would not be the usual opportunities for discovering kick-backs. How do you think the rags to riches guy got to mega rich — in short order? On a government salary? Think again. So, renovations then. If purchased.

Room occupancy in a government-owned hotel would be not unlike G-vehicle usage: Miss Marianne; all day all night. I know the slick argument: it would be managed by a (yawn) hotel management firm. Didn’t Comrade promise that under him G-vehicle abuse would stop? There are some things you just cannot stop. Like how they couldn’t find out who built the star monument at Argyle. If a ULP big man want a room to bed down his smallie for a piece of the night, is which hotel management firm go stop he? Especially when he say, “Put it on my tab.” Rumour has it that that is what happened at Food City. Only, it is a true rumour.

Eventually, a government-owned hotel would come like a government run hospital: BYO sheets them. Wait, that reminds me, you see where Saboto end up when he wanted hospitalizing? You might not know where, but you know not where.

I would have thought that after Camillo’s flowery sales pitch in New York to the diaspora, there would be no shortage of hotel rooms. That was over a year and a half ago and back then he warned them to look sharp, seize the opportunity and invest fast, “because investments in St. Vincent and the Grenadines are about to skyrocket.” Seems like they missed the (above) Indian Bay investment opportunity, which I judge is good for the government now that they want hotel. Anyway, it is still there, in the same state, and I don’t think its value has skyrocketed. Not to my knowing, anyway. I wonder what the present owners are waiting on?

Yes, talk is not expensive.

(P.S. I am aware that the Barbados government owns the Hilton Hotel building.)

One reply on “Talk is Cheap: The Blithe Privilege of Power”