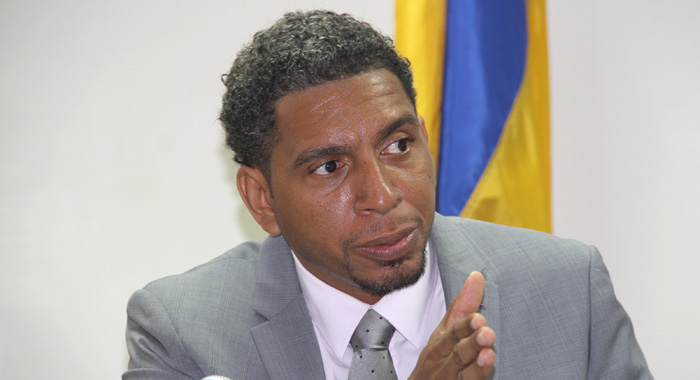 The newly appointed Minister of Finance, Camillo Gonsalves said he believes that the government must state clearly when one of its policies doesn’t deliver the expected results.

“I think we should be able to say praedial larceny is a problem; we tried something; it is not achieving the results that we want it to achieve; we have to try something different,” he said during the meeting, a record of which has been obtained by iWitness News.

“And I said, ‘Absolutely not,” the finance minister said to some laughter.

“They are kept in station and asked to do domestic work. And you’re not going to ketch  (catch) anybody thiefing (stealing) anybody sheep and goat if you are inside cooking,” the finance minister said, partly in the Vincentian vernacular.

“And cooking the same meat, too,” an unidentified female voice said, adding, “It is alleged.”

The minister continued: But regardless, the result, relative to the expenditure, there is a mismatch there. And we have to accept that and we have to restructure in some sort of a way in that regard. Because there are some rural constables now, multiple years in, who have not once effected an arrest much less conviction.”

But chair of the Police Welfare Association, Sergeant Brenton Smith, told the minister this was not the fault of the rural constables.

Gonsalves said he was not blaming anybody but was saying that a structure has been created that has not addressed the problem it was meant to address.

“We collect data: the number of people who come in and report their animals stolen hasn’t changed before the advent of the rural constables and after the advent of the rural constables. The number of arrests hasn’t changed. Some have never effected an arrest. Some, on the contrary, have been quite good, relative to their peers and there are some divisions that don’t have a single arrest to show…

“I don’t believe in a small island that you must throw good money after bad, the finance minister told the unions.

He will present the budget to Parliament on Feb. 5, following the Estimates on Jan. 29.