Gov’t trying to do something about crime this year — Camillo 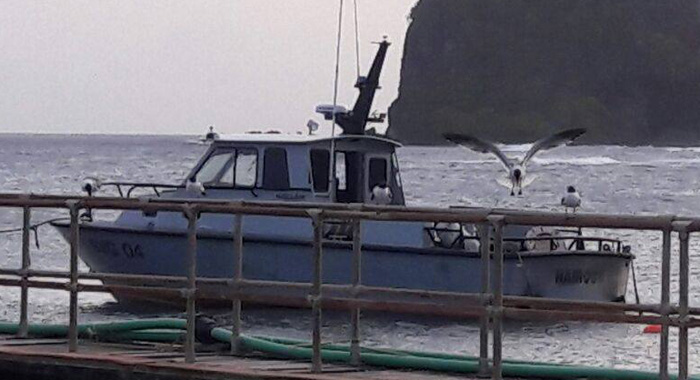 The largest vessel in the SVG Coast Guard fleet. The 2018 Budget could make provisions for additional vessels.

The fiscal package that Minister of Finance Camillo Gonsalves will present to Parliament early February is expected to include monies for at least one new Coast Guard vessel as well as other provisions for fighting crime.

He told a closed-door Budget consultation with labour unions late last year that in the area of the Coastline, it is “fairly certain” that “significant additions” to the Coast Guard fleet will be purchased this year.

“Because too many things are coming into St. Vincent and the Grenadines that we can’t control and we have to patrol our waters better,” Gonsalves said in the meeting, a record of which was obtained by iWitness News.

Gonsalves, who will present his first Budget, said there have been a lot of conversations with the top brass of the Police Force, particularly in the wake of the upswing in violent crime in 2017.

The minister said that one of the things that stood out to him was that even though more and more money was being spent on security and there are more police employed, a lot of those persons are on what the police chief calls static duties.

Gonsalves said that even though the police have a lot of personnel, administratively and for various reasons, they have to guard ambassadors, judges and have to be in certain areas.

“They don’t have the manpower that the numbers suggest to fight crime,” he said, adding that the government wants to do some reorganising of that.

The finance minister said he believes this will involve hiring some additional police officers.

“But more than that, we believe it might involve measures to get officers to get off of static duties and into areas where they are more mobile. There are a number of things that are being discussed beyond just hiring additional people,” he said and gave one of the ideas being considered.

“But there are other measures but I want to say that there are structural changes coming to the way that personnel would be deployed but also additional assets that will be purchased in the next budget cycle,” he said.

During the conversation, Sergeant Brenton Smith, chair of the Police Welfare Association, told the minister that he loved the idea of additional Coast Guard vessels being purchased.

Smith said that for too long, the coastal areas have been left unattended and “criminals and guns are, basically, coming through our borders, especially since Central America has been tightened so much, they are coming through the Caribbean Sea.”

He said that while he does not know what the hierarchy of the Coast Guard has recommended, his association has been saying for a long time that the Coast Guard needs a big vessel that can stay at sea for at least a week and disburse smaller vessels to patrol.

Smith said that there is a lot of talk about police officers not taking care of vehicles. He said that while this may be so at times, the Police Force cannot have one vehicle to service several divisions because the wear and tear alone would shorten its life.

He suggested that the Tenders Board policy of only buying new vehicles be relooked and used vehicles be purchased so that each station can have one.

The police group’s head also shared his suggestion on one of the ideas that the finance minister said was being considered to help to boost the nation’s security and crime fighting.

The minister said that at least one of the Coast Guard vessels that would be purchased would be significantly larger than any existing vessel and would have the capacity to deploy from its rear, a smaller, quicker vessel.

The indication is that when the vessel is purchased, it would be sailing over from Holland, the minister said.

“That would give you sense that it is not a dinghy we are talking about.”

Referring to the issue of vehicle, Gonsalves gave a personal experience of when police could have responded on foot but gave him an excuse about not having a vehicle.

In another instance, he said, a pick-up bought to patrol high crime areas was, instead, being used to pick up guards on static duty when the vehicle previously used to pick up those guards was used for patrolling.